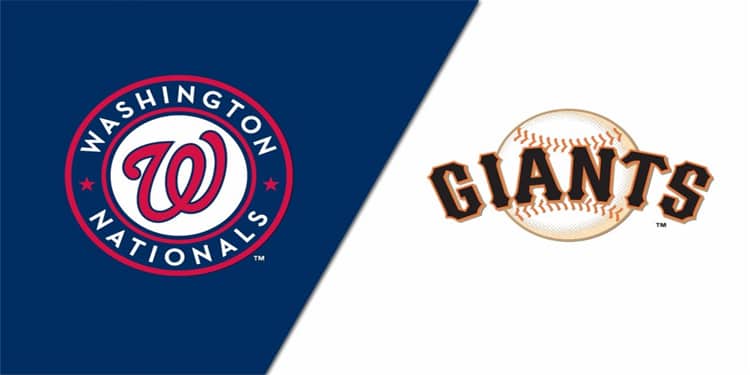 The first game on the board by rotation number also qualifies as a play for today’s set of picks and previews. The Washington Nationals and San Francisco Giants meet once again at Oracle Park with the Giants as a comfortable, and growing, favorite and a total that has gone down from 9 to 8.5. The first game of the series narrowly went under, as Logan Webb looked good in his return from the IL.

The Giants will hope for a similarly strong start from Anthony DeSclafani. Disco has had a lot of good starts this season with a 2.84 ERA and a 3.58 FIP. He has a .240 BABIP against and a 79.9% LOB%, both of which are indicators of the Regression Monster lurking under the bed. To this point, he hasn’t come out to take a big bite out of DeSclafani, except for one start, but he is hovering.

DeSclafani allowed 10 runs in 2.2 innings against the Dodgers back on May 23. Those 10 runs account for 30.3% of the runs that he has allowed this season over 17 starts. He’s only allowed 23 runs in the other 16 starts. It has been a thoroughly impressive season from him.

There are some underlying metrics that concern me, though. First, the .240 BABIP comes with a 42.1% Hard Hit%. The league average Hard Hit% is 39%, so DeSclafani is on the high side of that. It is 39.4% for starters. The league average Barrel% for starters is 8.2%, so DeSclafani grades just about average in that department. I’m not saying that being average is a bad thing, I’m saying that his contact quality metrics against do not seem to support a .240 BABIP against.

DeSclafani has a .230 BABIP against with the bases empty, so hitters haven’t been able to get as many runners on base as they probably should have. When he does allow baserunners, his HR/9 jumps, so he has seen a bit of a command decrease pitching from the stretch.

Let’s go even deeper. DeSclafani has allowed that 42.1% Hard Hit%. On those 95+ batted balls, he has the second-lowest batting average against (minimum 100 events) at .398 and the third-lowest wOBA against at .468. To put that into perspective, the league-wide batting average on batted balls of 95+ mph is .495 and the wOBA is .620.

The tl;dr version is that I expect DeSclafani to have some batted ball regression in the near future, so why not look for it here against a Washington offense that has been doing well lately?

Jon Lester has a 5.34 ERA with a 5.73 FIP in his 60.2 innings of work. The veteran southpaw has been progressively getting worse for a while now. He has 2,659 innings on that arm, so it was bound to happen at some point. Lester has a 14.9% K%, the lowest of his career, and his K%-BB% is only 5.4%. That is a horrible number. Lester’s Hard Hit% is around league average, but without strikeouts to increase his margin for error, he’s been giving up a lot of runs this season. He has also allowed 12 homers in his 13 starts.

Most splits are good for the Giants, but they have the second-highest BB% in baseball against lefties, trailing only the Brewers. I would expect San Francisco to get some baserunners here. I’m also hoping that Washington is able to do the same against DeSclafani.

The Nationals are a veteran team that has played well of late and I don’t think that they’re mailing in this last weekend, especially with a fairly vulnerable Mets team at the top of the standings. I’d expect them to be engaged, even facing long odds here.

Add all of that up and it looks like an over to me. In the event that DeSclafani does keep pitching well, I’ll take the full-game over and hope that the Nats can do some damage against the Giants bullpen if it comes to that.