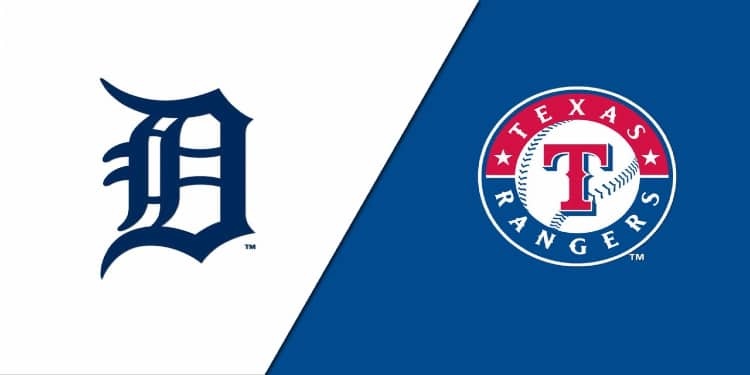 Matt Manning will make his sixth MLB start as the Tigers look to keep the train barreling down the tracks with Wednesday’s matchup against the Texas Rangers. Detroit has won the first two games in this series by scores of 14-0 and 4-1. The Rangers have scored three runs in five games since the All-Star Break. Talk about a team that just has no interest in playing baseball.

Things have to be pretty uncomfortable in Texas. This was a bad team last year and there isn’t a lot of hope for the future right now. Joey Gallo is likely to be traded. Kyle Gibson will probably be traded, though maybe for only 75 cents on the dollar after his start on Monday. The Rangers have been outscored by 40 runs over the last five games and their losing streak is seven when we include the two games before the All-Star Break.

This has been an awful team all season long and my season win total under looks pretty good on them right now. They can keep racking up losses and I’d be pretty happy with that.

The Tigers, on the other hand, are playing like a team possessed. They’re 5-0 since the All-Star Break and look like a team with a clear goal in mind. They want to finish .500 or better and they are well on their way. After a 9-24 start, the Tigers are 36-27. I wouldn’t go crazy and call them a good team, but the teams with more wins since May 8 are the Dodgers, White Sox, Astros, Giants, Brewers, Rays, Red Sox, and Padres. If the playoffs started today, all eight of those teams would be in.

Matt Manning has hideous numbers. I totally understand that. He’s got a 6.95 ERA with a 5.36 FIP. He also allowed nine runs on nine hits in his June 28 start against Cleveland. Otherwise, Manning has allowed two runs in each of his other four starts. That one start with a 22.09 ERA will take a long time and a lot of data points to erase. Manning is not Casey Mize or Tarik Skubal, but Jordan Lyles is not Kyle Gibson or Dane Dunning.

I don’t see any reason to believe that Wednesday is the day that the Rangers suddenly wake up. And the Tigers should keep the bats rolling with Lyles on the hill. The Tigers are actually 11th in wOBA since that May 8 date when everything seemed to turn for them. The Rangers? Well, they’re 30th in wOBA since then.