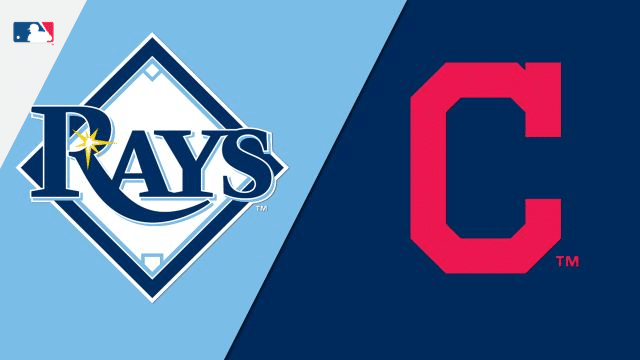 This line looks to be a little bit cheap today as the Rays look for a sweep of the Indians. Cleveland is simply awful against teams better than they are and that is a wide swath of the league right now. The Rays are playing very well. The Indians are not. Cleveland’s bullpen has also taken a nosedive lately, so the best part of the team is now a hindrance.

The Rays have matched up really well with the Indians over the last few seasons. I don’t know if it has to do with the relationship between Terry Francona and Kevin Cash or what, but Tampa Bay has really made this a one-sided affair. It may also be that the Indians are extremely bad against teams that are good and the Rays are pretty much always good.

Triston McKenzie doesn’t really look the part of a Major League starter. Ryan Yarbrough does, and as I’ve said many times before, his contact management metrics do not support a 4.59 ERA. They simply don’t. His 64.5% LOB% is the problem here. Yarbrough has a 4.4% BB%, so it isn’t like he has created his own problems. He has a 27.6% Hard Hit%, which is among the best in the league. He has allowed 15 home runs, which is the weird part to me, but the Indians haven’t even really been hitting for much home run power lately.

The Rays have a top-10 offense on the road by wOBA. They don’t walk as much as they do at home, but they are still selective enough to be dangerous, which is a good trait to have against McKenzie. The Cleveland right-hander has struck out 71 in his 53.1 innings, but has also walked 41 as well.

McKenzie has had his biggest walk issues against lefties this season. They have a .376 OBP against him in 117 plate appearances. It sure looks like the Rays are set up pretty nicely for success in this matchup, whereas I’m not sure that the Indians can hit a junkballer like Yarbrough. Yarbrough throws a lot of cutters and changeups and the Indians have struggled against those pitches for a long time.

If we look at Pitch Type run values, the Indians are dead last against cutters at -17.6 runs. They rank 23rd against changeups at -6.3 runs. They’re an okay team when it comes to hitting fastballs, but they won’t see a lot of those in this game.

The Rays should make the higher-quality contact, as McKenzie has been exceptionally lucky to post a .243 BABIP against with a 49.6% Hard Hit%. They should get a lot more baserunners with the walk. The Indians bullpen has gone from a strength to a weakness in short order and we all know how good the Tampa Bay bullpen is.

I have to lay the number today. I would have laid the number yesterday if one was available across the board at posting time. The Indians stink and we’re seeing it now.