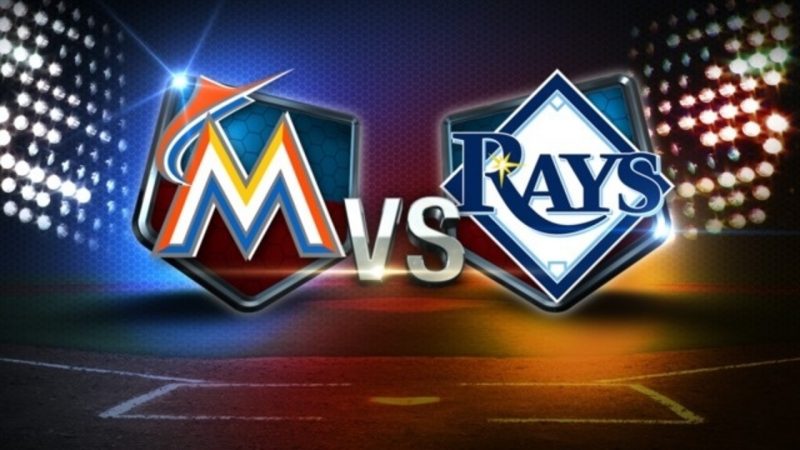 An interleague battle begins on Friday, August 28, 2020, when the Tampa Bay Rays (21-11) visit the Miami Marlins (14-12) in game one of a three-game series. Tampa Bay leads the American League East by 2.5 games over the New York Yankees. Miami sits in second place in the NL East, two games back of the Atlanta Braves. This game will air live on FS1 at 7:10 p.m. EST.

Tampa played a quick two-game series, after Thursday’s game was postponed, against the Baltimore Orioles and came away with two tight wins. The Rays won game one 4-2 and then scored a late run in the bottom of the eighth inning to come away with a 4-3 win in game two.

Miami came away with a series win against the New York Mets after taking two of three. The Marlins took a doubleheader on Tuesday with two shutout wins, 4-0 and 3-0. New York fought back to win game three 5-4, thanks to a bottom of the eighth run.

Below is my pick for the Major League Baseball showdown between the Tampa Bay Rays and Miami Marlins. All odds are from Bet MGM Sportsbook.

Tampa Bay Rays (OFF) at Miami Marlins (OFF)

Ryan Yarbrough has gotten beaten up a bit this season, particularly three of his last four starts, and will look to gain back some form. There was one start where Yarbrough allowed four hits and zero earned runs, in just three innings, but the other starts during this four-game span has not been great. Yarbrough has been roughed up for a combined 21 hits and 13 earned runs in just 15.2 innings pitched.

Sixto Sanchez had a solid MLB debut as he held the Washington Nationals to six hits and three earned runs in five innings of work. It was a good building block for the talented 22-year-old and NL East teams should dread facing this guy for years to come.

Brandon Lowe and Yandy Diaz have been the offensive stars for Tampa Bay this season as they lead all five of the major offensive categories. Second baseman Lowe leads the team with 10 home runs, 27 RBI’s and 32 hits. Diaz, the third baseman, leads the team with a .297 batting average and a .427 on base percentage.

First baseman Jesus Aguilar is leading the way for Miami at the plate as he has a team high .280 batting average, four home runs, and 20 RBI’s. Third baseman Brian Anderson leads the team with a .356 on base percentage and second baseman Jonathan Villar leads the way with 28 hits.