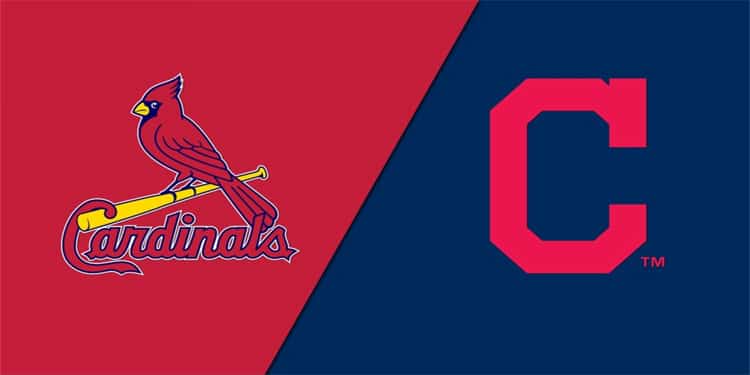 We’ve got day baseball in Cleveland on a seasonable, sunny day at Progressive Field. This interleague matchup will feature Kwang-hyun Kim for the Cardinals and Zach Plesac for the Indians, who will soon become the Guardians.

These are two teams that I feel like would have some struggles with a day game after a night game. The Indians are fading fast and falling below .500 is a very realistic possibility with a coin flip situation in this game. The Cardinals, meanwhile, are playing a little bit better of late, but they still sit a long eight games behind the Brewers.

It would appear that the Indians are back to not hitting again. Bobby Bradley has turned back into a windmill and Franmil Reyes has cooled considerably. Jose Ramirez still hits some dingers, but even his numbers have decreased as he plays through injury. It isn’t like the Indians have had a good offense this season anyway. They rank 22nd in wOBA at home and 26th in wOBA overall.

I wanted to play something with regards to Kim in this game. The question that I had was whether or not to play the Cardinals or the under. That falls on the shoulders of Plesac, who has a 4.30 ERA with a 4.80 FIP in his 75.1 innings this season. This will be only his third start back off the IL. He’s allowed nine runs on 17 hits in 16.2 innings of work. He pitched well at Oakland, but had some issues with the Royals and Rays.

Plesac has had some command issues this season. He’s allowed a lot of hard contact and his HR rate has spiked. He has allowed 11 hard-hit balls in each of his last two starts, so he is still trying to fight through it from a command perspective. He has allowed nine barrels in three starts since returning. For reference, Kim has allowed 16 barrels this season total.

Plesac’s huge drop in the K% department is very concerning, particularly with all the hard contact. He’s only struck out 10 over his last three starts and his K% has fallen from 27.7% in 2010 to 15.8% in 2021. His low walk rate is his top attribute, but the Cardinals don’t walk much anyway.

In looking at all of this, and also thinking about how the Indians bullpen has fallen off the face of the earth lately, I’ll go ahead and take St. Louis for the quick two-game sweep. The Indians simply aren’t a very good team and it does appear likely to me that their regression suggested by the alternate standings metrics will be taking hold shortly.