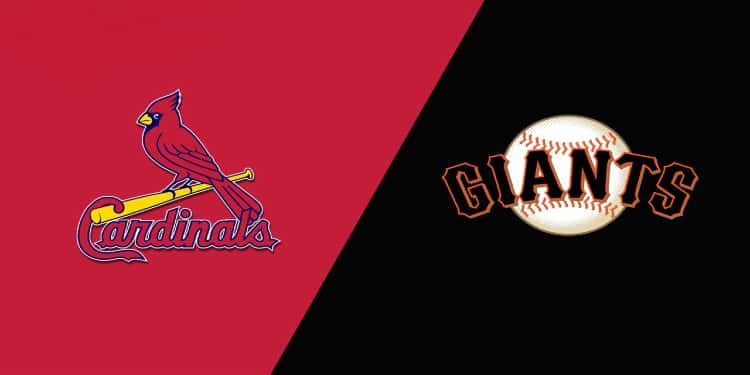 The San Francisco Giants continue to get disrespected in the betting markets. We got thrown a little bit of a curveball yesterday with Logan Webb as the starter for San Francisco, but the Giants bested the Cardinals 7-2 anyway, beating Adam Wainwright in the process. Why the Cardinals were favored in that game is beyond my comprehension, even with Wainwright’s excellent home splits.

Here we were again today with the Giants in the -110 range against the Cardinals with Anthony DeSclafani against Kwang Hyun Kim. The line has jumped up into the -130 range now, as bettors have had a say and have let their voices be heard in a big way.

We’ll see if DeSclafani can keep up the stellar season that he has going. The San Francisco right-hander has a 2.68 ERA with a 3.50 FIP across his 107.1 innings of work. He’s kept the ball in the park at a really good clip with a 10.5% HR/FB% and has limited walks with just 29 of those in his 18 starts.

Despite a higher Hard Hit% than the league average at 40.6%, DeSclafani has a .238 BABIP against, easily the best mark of his career. He has kept barrels to a minimum and the Giants have played some really good defense behind him.

DeSclafani has allowed more than three runs in a start just one time. That start was against the Dodgers and it was an ERA buster with 10 runs allowed, all earned, in 2.2 innings of work. We can’t just magically take away starts, but if we could, Disco would have only allowed 22 earned runs in his other 17 starts. That would be a 1.90 ERA.

Most lineups don’t look anything like what the Dodgers have to offer, but the Cardinals are definitely pretty far from that baseline. St. Louis has fallen to 26th in wOBA, better than only the Diamondbacks, Marlins, Pirates, and Mariners. The Cardinals have one of the league’s lower K% marks, but have not been able to do a whole lot of good things with the contact that they’ve made.

Admittedly, it is an arbitrary cut-off point, but the Cardinals have been the worst offense in baseball by wOBA since May 20 at .289. They are one of four teams under .300 in that span. Offense has picked up for just about everybody since the foreign substance crackdown in early June, but the Cardinals continue to be the worst in baseball.

There are some modest regression signs in the profile for DeSclafani, most notably on hard-hit batted balls, but the Cardinals really struggle to make quality contact. This is also a highly forgiving pitcher’s park, so I’m not all that worried about it here.

Fortunately for the Cardinals, they could have a chance today thanks to Kwang Hyun Kim. Kim is making the start at Busch Stadium, where he has allowed just a .262 wOBA and has a 2.47 ERA in his 51 innings of work. Kim is having a solid season with a 3.11 ERA and a 3.78 FIP. He’s been one of the lone bright spots for this Cardinals team this season.

Kim hasn’t allowed a run in his last 13 innings, both road starts, with one against the Giants. Since returning from a 10-day absence on June 15, Kim has only allowed seven runs on 24 hits in 32.1 innings with just one home run allowed. He’s also upped his GB% in the process with a 52.2% rate of worm-burners.

I realize that we are in a more potent offensive environment now, but I’m not sure why this total has gone up to 8. It helps me because the 1st 5 Under is a bet for today. The two bullpens could be a little bit dicey, but I think both starters project rather nicely.

The Giants are a very solid offense, but Kim has done an excellent job of limiting the long ball and Busch Stadium is a great place to pitch. DeSclafani should also benefit from the conditions and a very favorable matchup here.