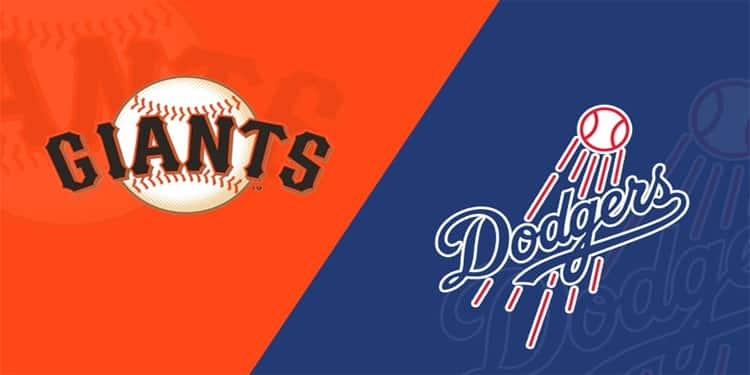 Man, what a fun series this has been. The Giants won comfortably in Game 1, but the last two games have come down to the ninth inning. This is a really interesting game tonight to wrap up the four-game series. These two teams will play again next week for three games at Oracle Park.

Emotions ran high last night, as fans booed Kenley Jansen off the mound in what was a 2-1 game. Maybe the offense should have done more than score two runs. Jansen wasn’t good, but the Dodgers had two at bats with a runner in scoring position against Logan Webb and the Giants bullpen. They didn’t get a hit after Webb left the game.

The closer always takes the heat and it is part of the job description, but Jansen has been very reliable for a long period of time. Mangers often talk about hoping to see their closers be able to come back right away. We’ll see if that ends up the case here.

Anthony DeSclafani would have a 1.78 ERA if not for his starts against the Dodgers this season. Disco has a 2.78 ERA on the year, so that tells you just how impactful his games against Los Angeles have been. He gave up 10 runs in 2.2 innings in his May 23 start against them. He’s allowed five runs on 10 hits in 9.2 innings in the other two starts. There is a perception out there that the Dodgers are his kryptonite. They very well could be.

DeSclafani ranks 12th in wOBA-xwOBA on the negative regression side among pitchers with at least 200 plate appearances against. I’m not saying that DeSclafani’s clock will strike midnight, I’m simply saying that he’s going to run into some rough outings here soon. It would stand to reason that they would come against a team with the Dodgers. Not necessarily because of what they’ve done to him this season, but simply because I’d be looking for some fade chances with him against any top lineup.

Walker Buehler’s K% is down this season, but everything else looks great, as he has a 2.37 ERA with a 3.34 FIP in his 121.1 innings of work. The K% honestly isn’t even that low at 26%. It just looks low from a K/9 standpoint, especially relative to what we’ve seen from him in the past. His command profile still looks really sharp and he continues to be very stingy with the free pass.

Buehler has not allowed more than three earned runs in a start since May 11, a span of 12 starts. His Hard Hit% sits at 37.3%, which is a little bit better than league average. There looks to be more staying power to his .231 BABIP than the one in the .230s that we’re seeing from DeSclafani.

Throughout this series, I’ve felt like the Giants were being disrespected. We saw the big line move on Monday, then we saw a big line on Tuesday and the same on Wednesday, though bettors did drag the number down a little bit the last two days. In this spot, I think the line is cheap on the Dodgers. While DeSclafani’s numbers do look great on the surface, I do like the projection a lot more for Buehler here. This line should probably be 15 cents higher. I do think that it gets there throughout the day, but for our purposes, it’s good enough to play.

One thing I do want to say here is that I’m limited to the line in the app, which comes from DraftKings. Shop around for the best number here. Other books are likely to have a better price on the game for a variety of reasons. There is a big difference in your bottom line between -165 or -170 and -180 or -185. It is important to always get in the practice of getting the best number that you can and this game really underscores that ideology.