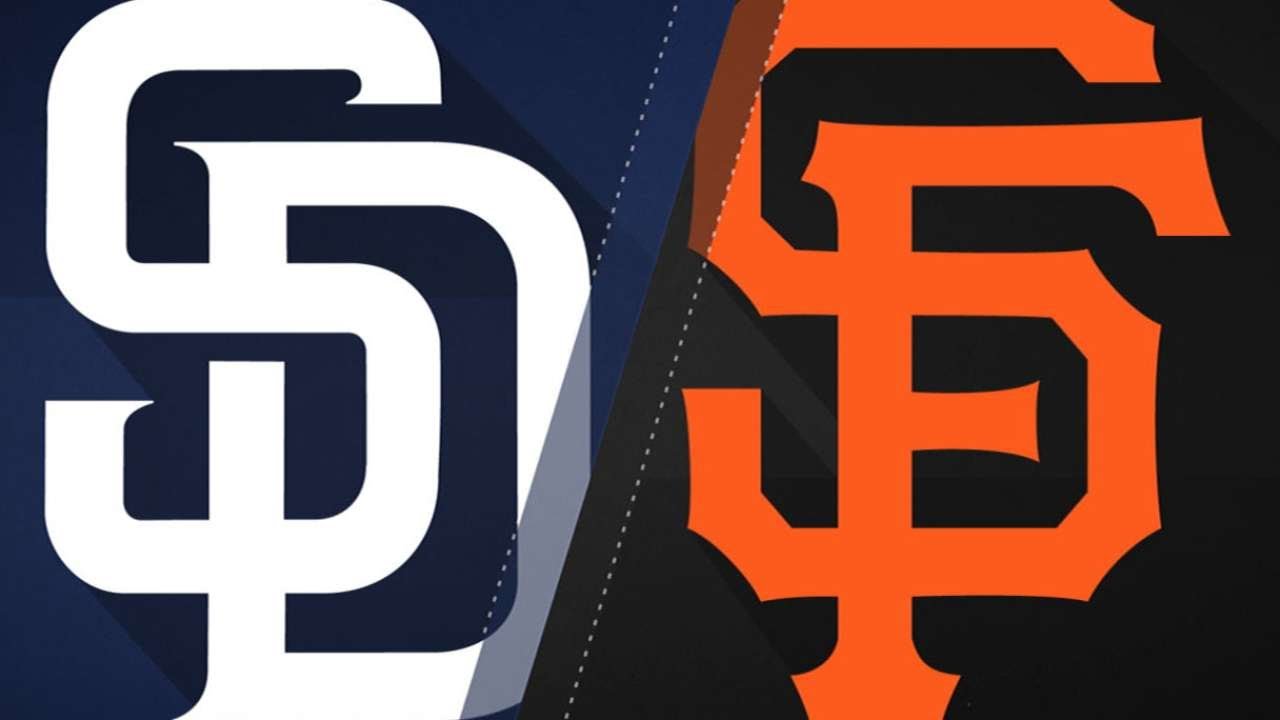 A National League West battle is on the Major League Baseball schedule for Thursday, July 30, 2020, when the San Diego Padres hosts the San Francisco Giants. San Diego has gotten off to a great start this season, while San Francisco will look to keep pace with the top two teams in the NL West. This game will air live on FOX at 9:45 p.m. EST.

Game one of this series saw the San Diego Padres walk away with a 5-3 victory. Fernando Tatis Jr. hit a three-run home run in the top of the third inning, and Wil Myers added insurance with a two-run home run in the top of the fourth, to lead San Diego to victory. Zach Davies got the win in his Padres debut after giving up two earned runs in five innings. On Wednesday, San Francisco erased a three-run deficit to come away with a walk-off 7-6 win. San Francisco trailed 6-3 heading into the bottom of the eighth inning, but that was quickly erased with a Donovan Solano three-run home run to left. The Giants then walked it off with a Carl Yastrzemski home run in the bottom of the ninth, the center fielders second of the game.

Below is my pick for the Major League Baseball showdown between the San Diego Padres and San Francisco Giants. All odds are from DraftKings.

Dinelson Lamet got his season started with a beautiful performance against the Arizona Diamondbacks last Saturday. El Flaco held the Diamondbacks to five hits, and one run, while striking out eight, in his five innings. The only blemish on Lamet’s night was a RBI double by Christian Walker in the top of the fourth inning. San Diego went on to win the game 5-1.

Kevin Gausman appeared in San Francisco’s second game of the season and was a part of the staff that lost 9-1 to the Los Angeles Dodgers. The Giants used an opened in this one, so Gausman did not appear until the third inning, but the righty still pitched four innings and gave up six hits and three runs, two earned.

MLB Picks: I see the San Diego Padres coming away with a win on Thursday.