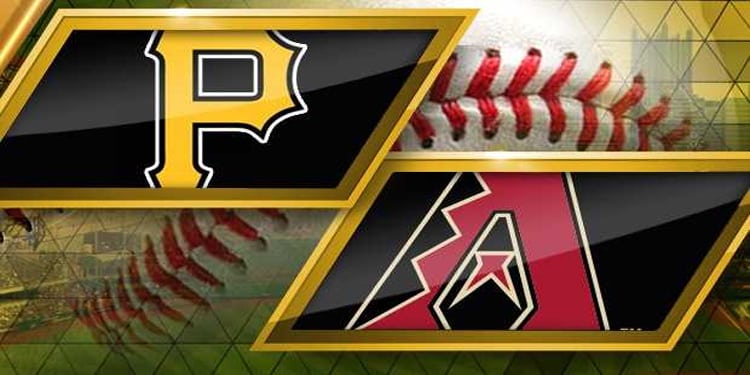 Two of the worst teams in baseball continue their weekday series as the Pittsburgh Pirates and the Arizona Diamondbacks battle it out for nothing more than pride. The Diamondbacks took down the first game by a 4-2 count behind a good start from Caleb Smith and a rare solid effort from the bullpen.

Tuesday night’s game features Tyler Anderson and the Buccos and Taylor Widener for the Snakes and somehow I’ve got interest in this game. I wasn’t sure I’d like anything in this series, but I have found something I am interested in playing, so let’s go ahead and break this one down.

The starting point for this handicap is Anderson. I’ve spent a lot of time trying to look at pitchers that have had noteworthy spin rate decreases since the foreign substance crackdown memo of June 3. One of them is Tyler Anderson. Anderson’s spin rates have dropped off quite significantly.

If we look at Anderson’s last start in May, his fastball was 2396 rpm, with the cutter at 2598, the sinker at 2377, the changeup at 1890, and the curveball at 2561. His six lowest rpm starts with the fastball have all come since June 3. Same with the cutter. Same with all of his pitches.

The wild thing is that Anderson has actually pitched well in spite of the spin rate decreases. He’s got a 3.95 ERA with a 4.44 FIP in his 41 innings of work. His K% is down significantly, but he’s still inducing a lot of weak contact and has only had one really bad start. He gave up six runs to the Nationals, but gave up a first inning grand slam and five total runs. He wound up pitching six innings and only allowed one more run.

Anderson has faced the Marlins, Dodgers, Nationals, White Sox, Rockies at Coors, Brewers, and Mets in those seven starts since the memo circulated, so it isn’t like he’s faced a bunch of bums. His Hard Hit% in that span is 32.4% and his Barrel% is 6.6%, both very good numbers. You have to give him a lot of credit for being able to make his adjustments and he is an example that a spin rate decrease does not guarantee a big drop-off statistically.

Widener came back on July 9 and pitched well against the Dodgers, once again working around some hard, fly ball contact. It was a big surprise, given that his two rehab starts went very poorly with nine runs allowed on 15 hits in 6.2 innings of work prior to that start. He hasn’t pitched since July 9, which I think is tough for a guy trying to get back into rhythm.

If nothing else, Widener doesn’t project to work all that deep into this game. If that ends up the case, the Arizona bullpen ranks 30th in both ERA and FIP. The Pirates pen is a respectable 11th in FIP and 17th in ERA. Their primary relievers had yesterday off while trailing, so their pen is in a bit better shape for this one after that long series against the Mets over the weekend.

I’ll be on the Pirates today. I think Anderson’s adjustments to his decreased spin rates have been really nice to see. Widener is a negative regression candidate and even if we don’t get it, the Pirates have a bullpen advantage.