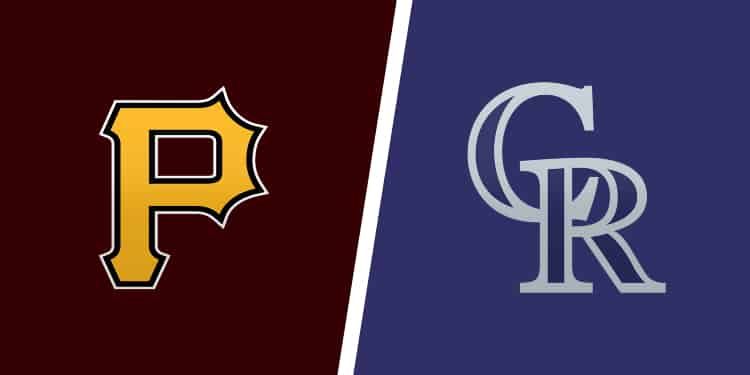 Pittsburgh and Colorado wrap up this three-game series in Denver and the Rockies are in search of a sweep of one of the worst teams in baseball. The Rockies don’t have an impressive record by any means, but they’ve basically been The Incredible Hulk at home and Lou Ferrigno if he had no legs, no arms, and a thready pulse on the road. The contrast is usually stark, but the splits have gone to another level this season.

The Pirates didn’t seem to get the memo that you are supposed to score runs at Coors Field. They’ve been shut out in each of the first two games of this series.

I’ve been thinking about this in the back of my clouded mind somewhere, but the Rockies pitching staff has been remarkably better at home than on the road. Colorado has allowed 202 runs in 37 games on the road and only 201 in 43 games at home. Sure, I understand that it is still close to five runs per game, but when you think about Coors Field and the challenges therein, it really does feel like the Rockies front office, or the players themselves, have simply committed to figuring out how to pitch at home.

The Rockies pitching staff has allowed a .317 wOBA at home with a 4.22 ERA. That is damn good given the challenges of pitching in that park. On the road, however, the Rockies have allowed a .357 wOBA and have the league’s highest ERA at 5.60.

What most people don’t realize, or at least don’t consider to a high enough degree, is the Coors Field Effect on the road. It impacts both hitters and pitchers. Players expect certain things to happen and they don’t. The thin air in Denver provides little resistance on the baseball, so balls will travel differently en route to fielders or en route to the plate. There are a lot of other factors that go into it, but this is one of them.

When you look at Wednesday’s starter for Colorado, Jon Gray, you see some pretty drastic home/road splits, but not the ones that you would expect from a pitcher. Sample size noise is a factor here, as it always is, but Gray has a 3.25 ERA with a .257 wOBA against at home and a 5.32 ERA with a .369 wOBA against on the road.

You definitely wouldn’t expect it to be that way, but I firmly believe that the Rockies have figured something out to pitching at home. Now they just have to be able to figure out something for pitching and hitting away from home.

Chad Kuhl hasn’t figured anything out for the Pirates this season. The right-hander has some hideous peripherals with a 16% K% and a 13.8% BB% on the season. Kuhl has a 5.05 ERA with a 5.58 FIP. Those are not numbers that any pitcher wants, but especially not a pitcher with an offense as anemic as Pittsburgh’s.

Kuhl is the kind of guy that can bury his team really early in the ballgame. The Pirates offense already leaves the team in a hole from the outset anyway. The Pirates are dead last in both wOBA and wRC+ and it isn’t like those numbers are changing anytime soon.

The Rockies should play from in front here with a huge starting pitcher advantage and also a big advantage in the lineup. I honestly considered taking the run line here to sweeten the payout a little bit, but the straight money line is at reasonable enough juice to take it.

An unquantifiable element to all of this is that I think the Rockies put a ton of extra emphasis into winning games at home because they are fully aware of their road struggles. When you get a chance to face a horrible team like the Pirates at home, I think everybody is a little more engaged.

Gray struck out 10 over five innings in his return from the IL last time out. I wouldn’t be shocked to see similarly strong results here before turning it over to a bullpen that has had a light workload with two strong starts in this series so far.