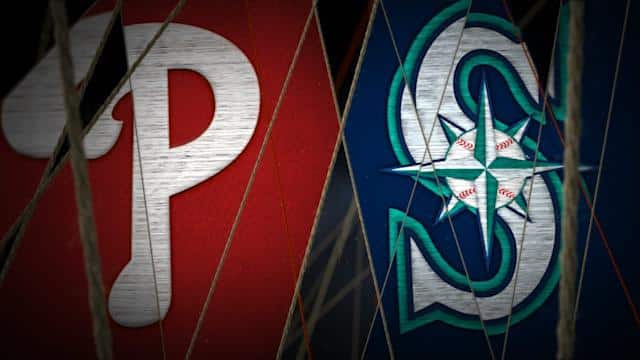 The Phillies have been balanced at the dish and are led by Alec Bohm’s .317 batting average, Kyle Schwarber and his seven home runs, and Bryce Harper’s 19 RBIs. Philadelphia is hitting .253 and the pitchers have recorded a 3.92 ERA and 1.24 WHIP.

Seattle has struggled at the plate but are led by J.P. Crawford and his .340 batting average, Eugenio Suarez’s six home runs, and Ty France’s 22 RBIs. The Mariners are batting .227 and the pitching staff has combined for a 3.83 ERA and 1.28 WHIP.

Philadelphia took game one of this series with a 9-0 blowout victory on Monday. The Phillies dominated this game from the second inning on as they start their road trip with a nice victory. Nick Castellanos went 3-4 with one double, one walk, two RBIs and three runs. Ranger Suarez improved to 3-1 and Chris Flexen dropped to 1-5 this season.