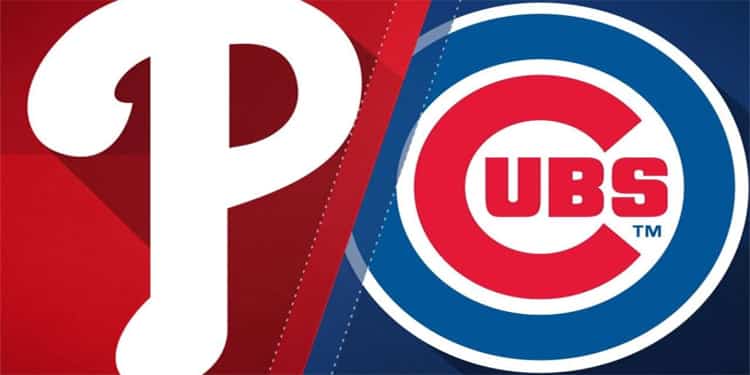 The Cubs desperately needed last night’s win, didn’t they? The offense even exploded for eight runs and took advantage of some Phillies miscues on defense. It ended an 11-game losing streak for the Cubs and one that must have felt even worse than that because the Milwaukee Brewers won a bunch of games while Chicago was down and out.

The series wraps up tonight with a matchup between Zach Eflin and Adbert Alzolay. The weather has pushed this total down from 8 to 7.5 with a breeze expected to be blowing in a bit from left field. It also won’t be as hot as what we’ve seen across the Great Lakes region of late.

Money is hitting the board on the Cubs here, which I find kind of fascinating. For starters, Kris Bryant left yesterday’s game after his hand was inadvertently stepped on. There was a brief moment of panic on social media wondering if Bryant had maybe been traded, but that was not the case. I’m a little surprised to see money coming towards Chicago with one of their few producing offensive players possibly not in the lineup.

It was then said on Twitter that Bryant actually left because his hamstring hurt. So, I would be a little bit surprised if he is in the lineup for this one. It is a factor in my handicap, but not the biggest of factors, as you will soon see.

Zach Eflin has a 4.13 ERA with a 3.68 FIP, but we’re seeing money against him to back the Cubs, who just got done losing 11 straight. That doesn’t seem to be an overly encouraging development for Eflin and the Phillies. He has seen a pretty noticeable drop in strikeout recently, including only two strikeouts last time out against the Padres over six innings.

Alzolay has allowed 16 runs over his last four starts covering 17.2 innings of work, so he’s been in a bit of a funk. That is another reason why it is so surprising to see money coming in on the Cubbies today.

I’m looking at the over in this game, though. The total has gone from 8 to 7.5 in this one. Yesterday’s total went from 7.5 to 7. I know the weather is a huge factor at Wrigley Field, but I can’t really see a reason for a Wheeler/Mills matchup to be around the same total as an Eflin/Alzolay matchup.

These two bullpens are also struggling. Philadelphia’s bullpen has been bad since the Obama Administration ended, but the Cubs bullpen has found a lot of regression, something that I have been predicting for a while with their high LOB%. It sure looked like they were greatly outperforming their actual talent level.

So, I’m looking at the over 7.5 tonight. We’ve seen a lot of runs in the series for whatever reason with two offenses that haven’t been all that special this season or of late. I figure we’ll get some more of that offense tonight.