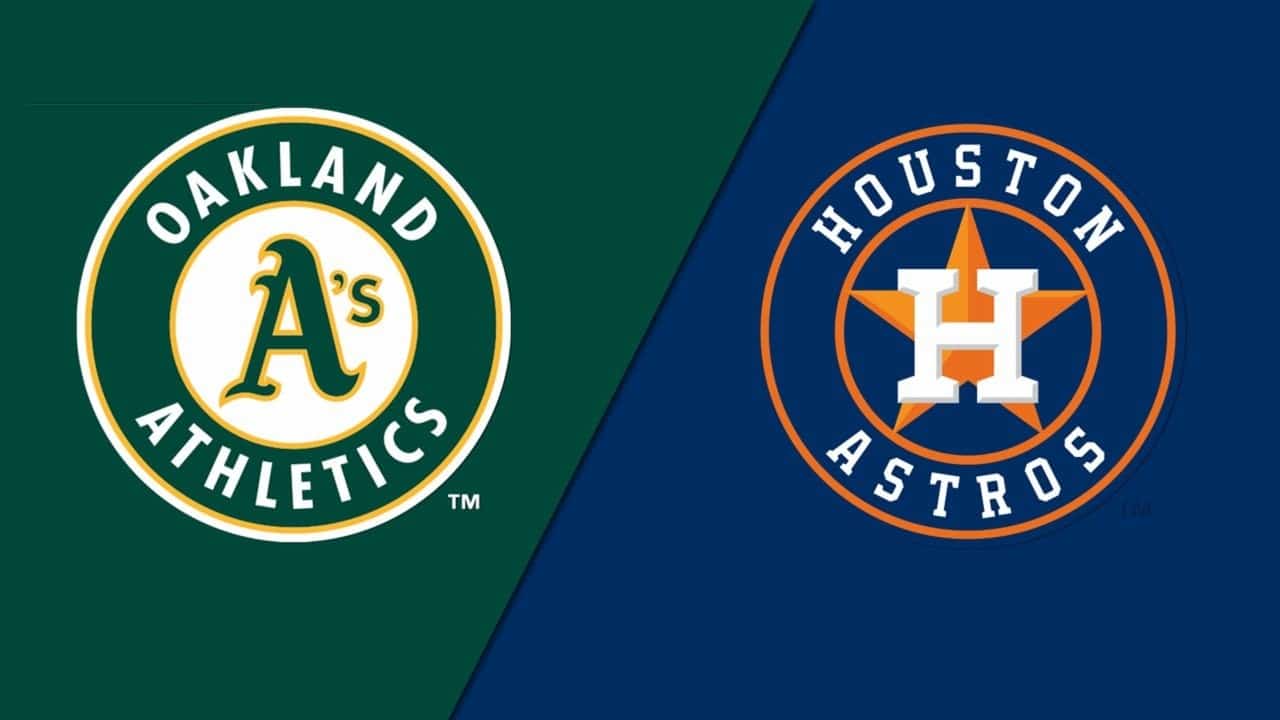 The Oakland Athletics and Houston Astros will square off against each other Wednesday, October 7, at Dodger Stadium in Los Angeles in Game 3 of the American League Division Series.

After a 10-5 victory in the opener Monday, the Astros beat the A’s 5-2 on Tuesday to get just a step away from their fourth straight Championship Series appearance.

The MLB Playoffs betting continues with the huge Game 3 between the A’s and Astros, so I’ve prepared all need-to-know betting tips and trends along with my top betting pick.

The Astros won the opener as +111 underdogs, while they were slight -110 favorites in Game 2. The bookies haven’t announced the odds for Game 3 yet, but I expect to see the A’s as slight favorites around -110 and with a total of 9.0 runs.

Keep tracking the updates on DraftKings, Bet America, and BetMGM, as the odds should be available soon.

The A’s miss their star 3B Matt Chapman due to a hip injury. The Astros are without their top ace Justin Verlander (elbow) and reliever Roberto Osuna (elbow), while outfielder Yordan Alvarez (knee) is done for the season, too.

Houston planned to start Zack Greinke in this one, but the 36-year-old righty will probably hit the sidelines due to an arm injury.

This is the AL West showdown between two fierce rivals. The Athletics’ season is on the line after they won the division title, overthrowing the Astros who ruled the AL West for three straight years.

The Astros have struggled mightily at-bat over the last few weeks of the regular season, but they’ve found their mojo in Game 1 against Oakland. Also, the Astros have dropped four of their last five regular-season games against the A’s while scoring only 10 runs in the process.

Hereof, the A’s have to put on a strong defensive performance in Game 3. They surrendered 15 runs to the Astros in just two outings after eliminating the mighty White Sox’s offense in the wild-card series.

Jesus Luzardo will take the hill for the Athletics in Game 3 to face off against the Astros for the third time in 2020. The lefty went 1-0 in the previous two, and the Astros won on both occasions while Luzardo surrendered four earned runs and nine hits over 12.2 innings of work.

The A’s relievers owned the best ERA at 2.72 this past regular season. They did a great job in Game 2, but the Astros beat Sean Manaea, specifically George Springer with a couple of dingers.

On the other side, Jose Urquidy should get the starting nod for the Astros. The righty went 1-1 with a 2.73 ERA and 1.01 WHIP in five starts last regular season, and his lone loss came against Oakland on September 10. Urquidy allowed two earned runs on a couple of hits and three walks across six frames.

Jose started Game 2 of the wild-card series against the Twins this term, pitching 4.1 innings in a no-decision and yielding just one earned run on a pair of hits and free passes.

The Astros got a strong performance from Framber Valdez in Game 2. The lefty lasted seven innings, giving his teammates in the bullpen a much-needed rest.

The A’s desperately need a solid performance from one of their starters, and I think Jesus Luzardo will thrive under pressure. He pitched very well against the Astros this year, so I’m looking for another good performance.

On the other side, Jose Urquidy has been excellent so far. He already has some playoff experience, tallying one start and three relief appearances in 2019 as a rookie.

Therefore, I’m backing the under on the totals, looking for the pitching staff to dominate this game. The under is 10-4 in the last 14 meetings between Oakland and Houston, and it is 5-2 in their previous seven encounters.

I think the A’s will force another game, so betting on Oakland at moneyline odds is another option. Still, betting on the totals seems like a better option, considering the matchup on the mound.