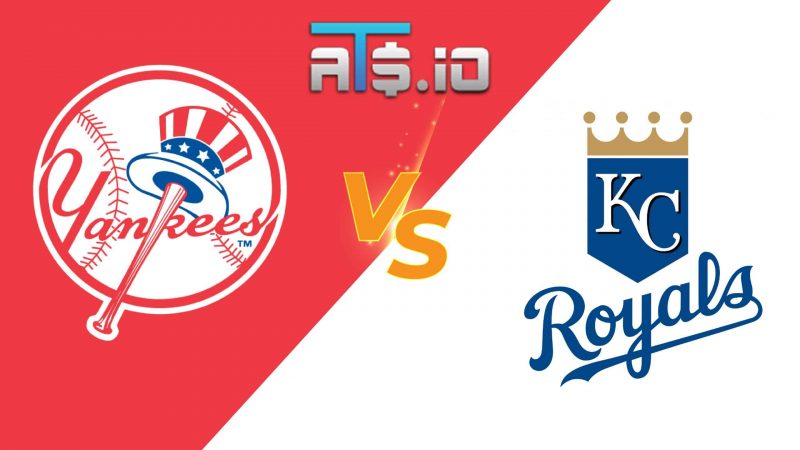 In our MLB predictions for Sunday, we are breaking down the American League battle from Kauffman Stadium in Kansas City, Missouri, to get you the best Yankees vs Royals betting pick and odds. New York and Kansas City wrap up their three-game series. The Yankees trounced the Royals 12-2 in Friday’s opener, while Saturday night’s middle contest has been excluded from this preview.

Go to BetMGM Sportsbook and sign up to get a chance of taking a completely free bet worth up to $1,000 on the Yankees vs. Royals contest or any other major sports event. The new users will get their funds reimbursed if they lose their first bet with BetMGM.

✅ The New York Yankees have scored 97 runs in their first 20 games of the season. Their offense has been ridiculously good over the last seven days, tallying 49 runs through five contests in that span. The Yanks have recorded a terrific .316/.368/.649 triple-slash and smacked a whopping 15 home runs in those five tilts. Anthony Rizzo has accounted for five dingers and 11 RBIs over his last five appearances.

✅ The Royals have slugged only one home run over their previous five outings. In the last seven days, Kansas City is slashing just .194/.314/.259. The Royals recorded eight hits in that heavy loss to the Yanks in the opener, but they managed to score only a couple of runs. The Crowns could easily continue to struggle Sunday against Luis Severino and the Yankees’ mighty bullpen.

The Yanks clobbered four dingers in Friday’s 12-2 thrashing of the Royals, improving to 14-6 on the season. Anthony Rizzo, Giancarlo Stanton, Aaron Judge, and Gleyber Torres all went yard, while Kyle Higashioka drove three runs home with a double.

As I’ve mentioned above, Rizzo has been terrific at the plate lately. He has nine home runs and 21 RBIs on his season tally. Judge and Stanton have combined for ten homers and 27 RBIs, while DJ LeMahieu carries an excellent .324/.395/.485 slash line.

The Royals fell to 7-11 on the season following a heavy loss to the Yanks in the opening contest of this three-game set. It was their sixth defeat in the last eight games, and the Royals dropped to the third spot in the AL Central.

Kansas City needs more from its offense. Salvador Perez (120 OPS+) has hit five home runs thus far, while Andrew Benintendi (169 OPS+) is slashing .391/.429/.484 with one homer and ten RBIs. It’s fair to say that the rest of the team has been awful through the first month of action.