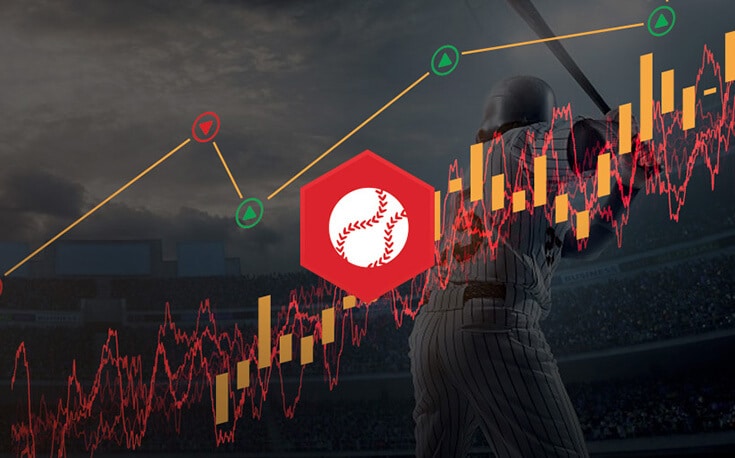 Odds To Win The AL East

Tracking the Odds to Win the AL East Division

The AL East looks to be a three-horse race, but one team is a thoroughbred and the other two are trotters according to the odds to win the division. The New York Yankees are the odds-on favorite at -200 to win the AL East for what would be just the second time since 2012. The Bronx Bombers also prevailed in 2019 when they were 103-59.

The reigning American League champion Tampa Bay Rays took some hits on the pitching side with the losses of Blake Snell and Charlie Morton, so they’ve fallen out of favor with some bettors. On the flip side, the Toronto Blue Jays made some splashy moves this winter in free agency, signing George Springer and Marcus Semien to plug some holes in an otherwise stacked roster of young talent.

The Boston Red Sox have really fallen on hard times after their 2018 World Series win and find themselves at +2000. The poor Baltimore Orioles should petition Rob Manfred to let them join another division, as their slow and steady rebuild continues with a price that still isn’t long enough at +5200.

We’ll see how these odds move as the season approaches. Because the optics of Toronto’s winter are stronger than those of Tampa Bay’s winner, it wouldn’t be a stunner to see Toronto move into second all alone on the betting board, but we should also see the Yankees get bet into a bigger favorite as they are clearly the best team and likeliest division winner in the AL East.

Odds To Win The AL Central

Tracking the Odds to Win the AL Central Division

The AL Central has gotten a facelift. The Chicago White Sox are now the odds-on favorite to claim their first division crown since 2008. Last year’s brief playoff appearance was the first for the South Siders since that year. Their top prospects have graduated to the Major Leagues and the trade addition of Lance Lynn has answered some questions in the starting pitching department.

Don’t sleep on the Minnesota Twins. The Twins won the division last season, despite a massive drop in offensive production from a lot of key contributors. It was the pitching staff that swooped in to save the day, namely Kenta Maeda, who would’ve had a career year if the season wasn’t limited to 60 games. The Twins look like a formidable force again.

After the White Sox and the Twins, the Cleveland Indians have a puncher’s chance with a +650 price tag. Perception is quite low on the Indians from the trade of Francisco Lindor and Carlos Carrasco, but this should still be a top-five pitching staff that could cover up a lot of offensive deficiencies.

Bringing up the rear are the Detroit Tigers and Kansas City Royals at +4000 each. These prices aren’t even high enough. It would take something catastrophic for either team to get into the discussion.

Odds To Win The AL West

Tracking the Odds to Win the AL West Division

The AL West is the most compelling of the three American League divisions. The Oakland Athletics are the favorites, but at a plus-money price. The Houston Astros are right behind and we’re likely to see some Los Angeles Angels money tighten the gap as the winter goes along. Questions about the Angels pitching staff remain, but with Mike Trout and Anthony Rendon, offensive production is not in question.

The A’s finally toppled the Astros for the division title last season, but in a cruel twist of fate, it was the Astros that knocked the A’s out of the playoffs in the ALDS. The Astros are still missing Justin Verlander, who had Tommy John surgery last September, but an influx of youngsters came up and performed well around Zack Greinke and Lance McCullers in the rotation.

As we track the AL West odds, it wouldn’t be surprising to see the Astros overtake the A’s for the top spot and to see the Angels price leak down into the mid-to-upper +200s.

The odds for the Mariners and Rangers will only go up if anything, as +2500 and +4000 are not nearly indicative of their microscopic chances.

Odds To Win The NL East

Tracking the Odds to Win the NL East Division

The NL East looks like a solid division again. The Miami Marlins are bringing up the rear at +2000, but that is the lowest price of any projected last-place team in the division futures market. Remember, the Marlins did find a way to make the playoffs during last year’s shortened season. In another COVID season, a lot of strange things could take place.

What is not strange is that the Atlanta Braves and New York Mets occupy the top two spots in the division futures market. The Braves at +115 and the Mets at +150 will probably flip as Spring Training goes along and more people start wagering on MLB futures. The Mets scored Francisco Lindor and Carlos Carrasco and the Braves didn’t do a whole lot aside from bringing back Marcell Ozuna and adding Charlie Morton to the rotation.

In a lot of ways, MLB futures markets are more about the court of public opinion and less about projections on how things should actually play out. The teams that made splashes in the offseason get preferential treatment from bettors. The Mets did things. The Braves didn’t by comparison.

It wouldn’t be totally stunning to see the Washington Nationals or the Philadelphia Phillies come from off the pace. The Nationals seemed disinterested last season after their World Series run in 2019 and the Phillies suffered from bad bullpen-itis. Otherwise, the Phillies offense and starting rotation were quite good. This should be the most balanced playoff race in baseball.

Odds To Win The NL Central

Tracking the Odds to Win the NL Central Division

The St. Louis Cardinals vaulted to the top of everything in the NL Central simply by trading for Nolan Arenado. In a division where the top four teams seemed largely interchangeable, it was the acquisition of Arenado that set the Cardinals apart from the rest. Their +110 price does seem a little low as of now, as you could make a compelling case for the Cincinnati Reds, Milwaukee Brewers, or Chicago Cubs.

The only team clearly out of the running is the Pittsburgh Pirates, who might as well be +40000000 for some symmetry with their league-low payroll. Their odds are only going to go down and will start going down quickly as the season gets underway.

For the other four teams, we will probably see at least three of them favored to win the division at some point because they will all beat each other and it will depend on how they fare outside of the division. The Cardinals have a reputation for consistently being in contention. Add Arenado to the mix and that public opinion mentioned above improves.

The Reds would have likely burned a lot of people last season if their season-long futures bets had not been voided. It is intriguing to see them at +310, but they will likely be behind the Brewers in the NL Central markets when the season starts.

Odds To Win The NL West

Tracking the Odds to Win the NL West Division

We really only need to talk about two teams in the NL West. The Los Angeles Dodgers are the odds-on favorite with the best roster in baseball and the San Diego Padres are the only other team with a chance to emerge victorious in this division. The Dodgers are -250 and the Padres are +200. Everybody else is +4000 or higher and that isn’t even high enough.

The 19 head-to-head meetings between the Dodgers and the Padres could very well decide the division, as both teams are pretty clearly better than everybody else in the NL. The results of those early games could swing the balance of power with the NL West futures odds.

The signing of Trevor Bauer about a week and a half prior to Spring Training was Los Angeles’s answer to what the Padres did in adding Blake Snell, Yu Darvish, and Joe Musgrove. These are two systems littered with talent at every level and two teams that should make for an enthralling rivalry over the next several seasons.

HOW TO BET ON THE AL & NL DIVISION FUTURES

Unlike the dart throwing that takes place when betting World Series or Pennant futures, division futures betting is a much more simplified process. In the small sample size of a playoff series, anything can happen. Over a 162-game regular season, team performance can be projected with a much higher degree of certainty. That is why division futures betting and season win total betting make the most sense if you want to make some of those long-term investments.

Truer results come from larger sample sizes. It may be harder for people to bet minus prices with division futures as opposed to getting every team at a plus price in a Pennant or World Series market, but you should be able to wager with a better idea of what is going to happen.

With division futures, you are simply betting on a team to be the best over 162 games. There are more projection systems at your disposal. You can consider the pros and cons of every team. You can think about how much a key injury will impact those chances. You can consider if a surprise team emerges. When we get to October and November, everything is an unknown and the playoffs have a much higher degree of variance.

All MLB Futures markets are open as the season goes along, so you can always circle back to division futures. Maybe a team like the Dodgers starts slowly at 20-20 over the first 40 games while the Padres are 25-15. Instead of Dodgers -250 before the season, you might get Dodgers -125 six weeks into the season.

That is why you’d want to look at longer shots or at the very least plus prices in the offseason. Teams can and do start slowly. Look at the 2019 Washington Nationals that started 19-31 over their first 50 games before winning the World Series. They didn’t win the division, but it illustrates how even great teams can fall short of expectations early and then exceed them late. Think long and hard about the different scenarios that could open the door for teams that are not the favorites or the second favorites and also think about how you can get better prices on the favorites as the season goes along. That should give you a great starting point when it comes to betting division futures for the AL East, AL Central, AL West, NL East, NL Central, and NL West.