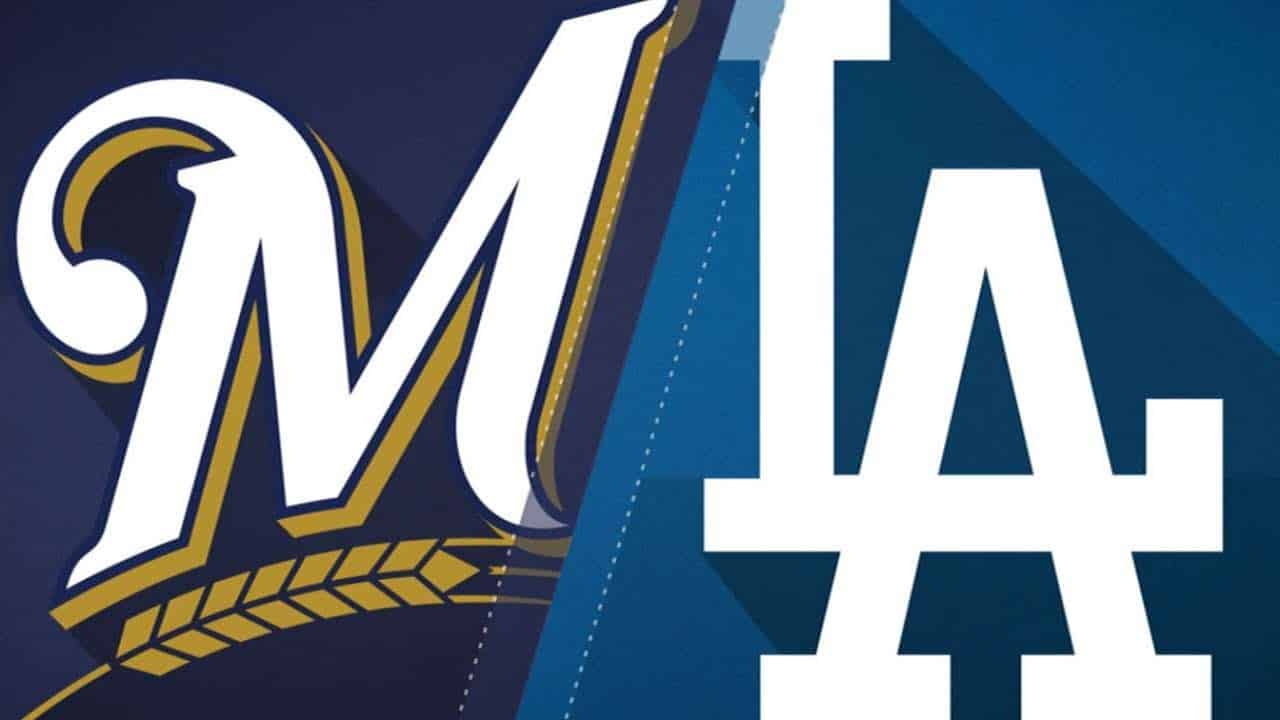 One team can punch their ticket to the National League Division Series on Thursday, October 1, 2020, when the Milwaukee Brewers visit the Los Angeles Dodgers in game two of their three-game NL Wild Card Series. Los Angeles won game one 4-2 and can wrap up the series Thursday night. This game will air live on ESPN at 10:00 p.m. EST.

Game one was much tighter than most people expected as the Los Angeles Dodgers just scraped by with a 4-2 win. Los Angeles led 3-0 after just two innings, but an Orlando Arcia two-run home run in the top of the fourth brought Milwaukee right back into the game. Corey Seager added an insurance run with a bottom of the seventh solo home run and Dodgers escaped with a game one win. Julio Urias came into the game of relief for Walker Buehler in the fifth inning and pitched three shutout innings to really shut the Brewers down.

Below is my pick for the Milwaukee Brewers at Los Angeles Dodgers. All odds are from BetMGM Sportsbook.

Brandon Woodruff wasn’t great in 2020, but he was extremely consistent as he did not allow three earned runs of less in 12 of his 13 starts and saved his best for last. In a must win game last Saturday, Woodruff faced the St. Louis Cardinals and allowed just two hits, and struck out 10, in eight shutout innings. September was a good month for the righty as he had a 2.25 ERA and struck out 43 batters in 32.0 innings pitched.

Clayton Kershaw was his normal fantastic self this season as the future hall of famer continues to cement his legacy as one of the greatest pitchers of all time. Kershaw came out of the gates firing as he had a 1.80 ERA, allowed just six earned runs, in 30.0 innings pitched in August. September was a bit of a step back for Kershaw, but brilliant nonetheless, as the lefty posted a 2.54 ERA, eight earned runs given up, in 28.1 innings pitched. Kershaw’s last start of the season saw him give up eight hits and four runs (one earned) in four innings of work against the Los Angeles Angels.

Second baseman Keston Hiura was the only batter to appear in the top 15 of any major offensive categories as he finished tied for 14th with 13 home runs.

Los Angeles was dominant all season, but they didn’t have any offensive players go crazy. Shortstop Corey Seager was top 10 in the National League in batting average, slugging, and home runs. Right fielder Mookie Betts, and left fielder AJ Pollack, finished tied for third in the league with 16 home runs.

MLB Predictions: The Los Angeles Dodgers win and wrap up the series.