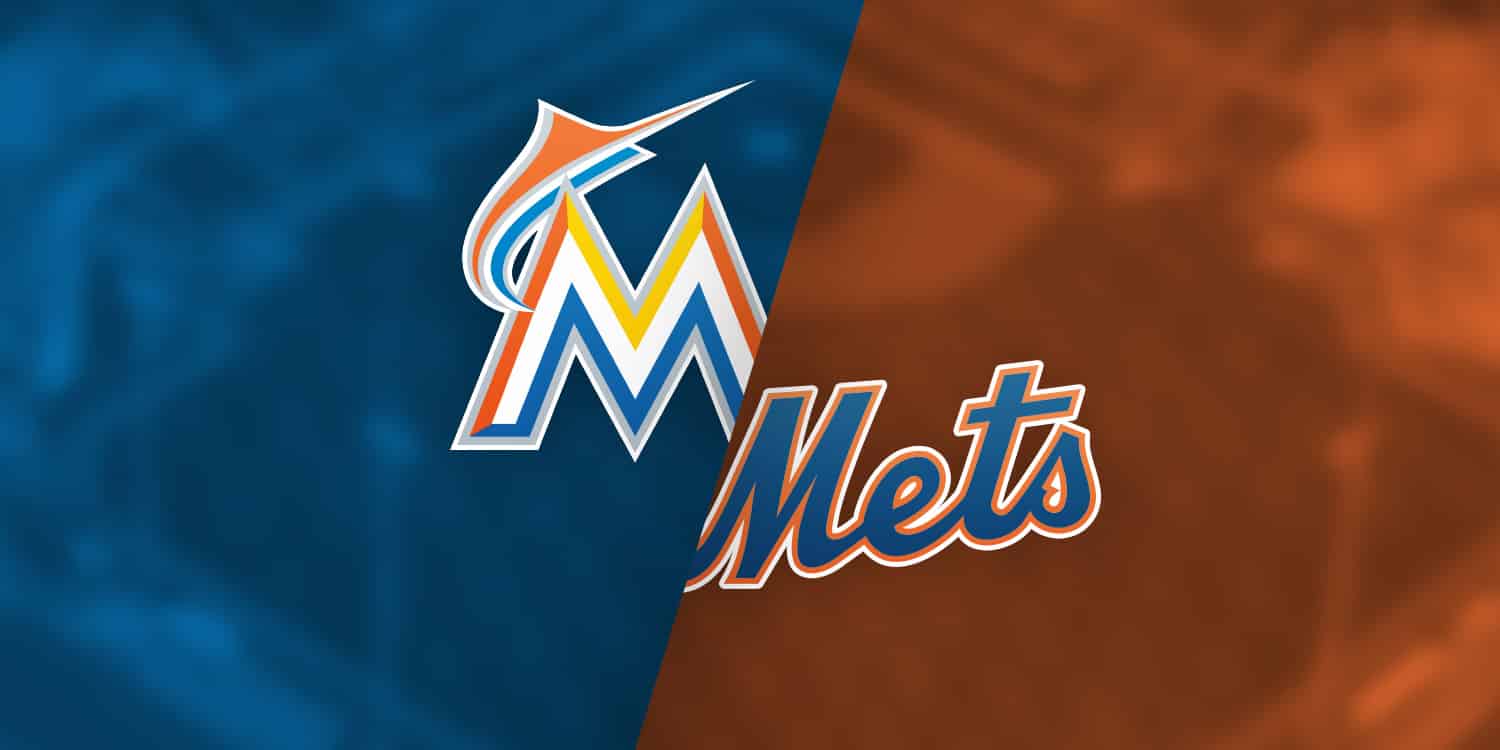 The Miami Marlins and New York Mets will continue their three-game series at Citi Park in New York on Saturday afternoon, so here’s the best betting pick for their NL East showdown along with the latest odds on DraftKings Sportsbook.

The Marlins and Mets had a day off on Friday after a thrilling opening contest on Thursday afternoon. The Mets overcame a 2-1 deficit in the ninth inning and earned a 3-2 victory as -177 home favorites. This time, the Mets are massive -260 favorites, as they’ll send Jacob DeGrom to the mound.

The Marlins started the new season on a wrong foot

The Miami Marlins (1-6) have been terrible through their first seven outings of the 2021 MLB season. Their lone 12-7 victory came against Tampa at home in what was a moment of pure inspiration by the Marlins’ offense. In the other six showings, Miami scored only nine runs in total which tells you enough about the Marlins’ struggle.

Miami smacked just a couple of home runs so far. The Marlins are 19th in the majors in batting average (.210), but their slugging percentage of .299 is the third-worst in baseball at the moment.

Trevor Rodgers will toe the slab for Miami on Saturday, and the 23-year-old lefty suffered a loss in his first outing in 2021. He tossed four innings in a 4-1 defeat to the St. Louis Cardinals last Monday, allowing three runs on a couple of hits and four walks while striking out six. Rodgers went 1-3 with a 5.91 ERA last season and was 1-0 with a 2.00 ERA and 1.44 WHIP in two starts against the Mets.

The Mets aim for their second straight win

The New York Mets are 2-2 on the young season following that narrow victory over the Marlins on Thursday. They postponed the first three games of the season due to the COVID-19 issues within the Washington Nationals and suffered a 2-1 defeat in the Phillies series on the road, so the Mets hope for a good result in this home set against Miami.

Through their first four showings in 2021, the Mets hit three home runs while slashing .246/.364/.373. They rank third in the majors in on-base percentage and 18th in slugging percentage.

Jacob DeGrom will take the mound for the Mets on Friday, looking for his first win in 2021. The 32-year-old righty threw six innings of a one-run ball in a no-decision against the Phillies last Monday, allowing three hits and a couple of free passes while punching out seven. DeGrom is 10-8 with a 3.00 ERA and 1.15 WHIP in 26 career starts against Miami.

Jacob DeGrom looked sharp in his first start of the season, and I’m expecting more of the same against the Marlins’ sterile offense. The two-time Cy Young Award winner needed just 77 pitches to get through six innings against Philadelphia, and he’ll demand more from his teammates in this one, as the Mets have to show their offensive potential.

If the Mets’ put on a solid performance on the offensive end, they should easily cover a 1.5-run spread.

The line has been set pretty low, but I’m not surprised, considering the Marlins’ offensive woes and Jacob DeGrom’s presence on the mound. Of course, you never know what can happen in the final two or three innings, but betting on the under is a logical move here.

Still, I would stick with the Mets to cover and avoid the totals. Simply put, the Mets are inconsistent, but they own so many dangerous weapons, and I wouldn’t be surprised if they thrash off the Marlins’ pitching staff.