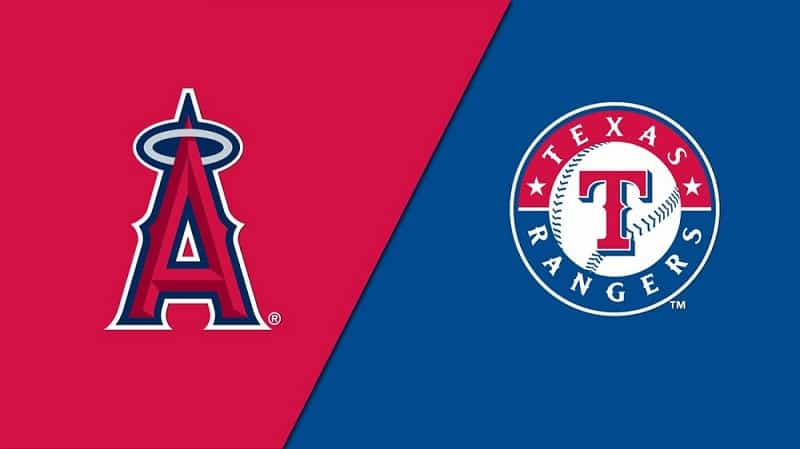 The Los Angeles Angels travel to Arlington Texas to take on the Texas Rangers at 8:05pm Est on August 3, 2021. At Draftkings sportsbook the Angels opened as -130 moneyline favorites and taking about 85% of the public betting action over the Rangers, however we are seeing the line move towards the Rangers at the time of writing.

We get an advantageous spot to throw a play on the underdog Rangers in this spot. There are a number of statistical trends working in their favor in this matchup. Yes the Rangers are one of the league’s worst teams by overall record, yet certain factors being in place spring them forward to advantageous splits working on their behalf. The first thing working for them is their matchup with a left handed pitcher. The Rangers are one game under .500 against lefties while they are a whopping 27 games under .500 against right handed pitching. Eerily similar to the opposing pitching statistics, it works in the Rangers favor being at home. They are just one game below .500 at home while they are 27 games below .500 on the road. The Rangers have also win three straight games and are perhaps playing their best baseball of the season.

With every statistic working in favor of the Rangers, the opposite appears to be true for the Angels. The Angels, another sub .500 team overall, are better against left handed pitching, which bodes well for righty Jordan Lyles. Lyles is a pitcher that had a very rough go of it in April and May, but has leveled his performance through June and July. In April and May, Lyles allowed 36 earned runs over 56 innings in ten appearances. Those numbers drastically improved in June and July as he allowed just 28 earned runs over 58 and a third innings over ten appearances. The home/road splits also work against the Angels here, as they are ten games better at home than on the road. Perhaps the biggest thing working against the Angels is their ineptitude in their own division. They carry a 27-19 record in out of division American League games, but are just 17-30 against the AL West. This includes a loss to the Rangers last night. For perspective, even the Rangers carry a better record against their own division.

With essentially every trend and factor working in favor of the Rangers, the plus figure on the betting line is certainly one to attack, even if it is only +110. Take the Rangers to keep their winning streak rolling.