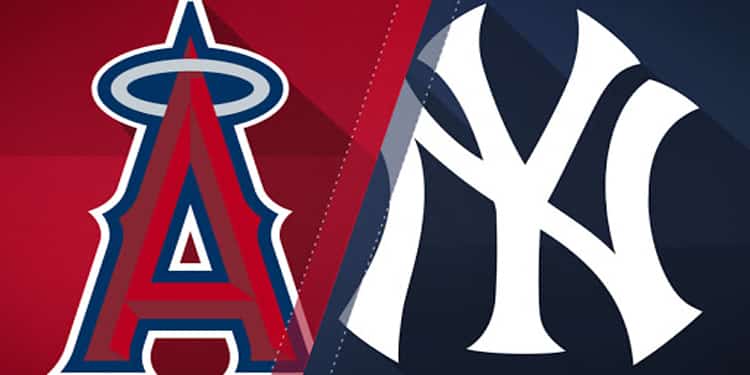 The Los Angeles Angels and New York Yankees are both disappointing teams this season, but for completely different reasons. The Yankees aren’t hitting and nobody really knows why. The Angels aren’t pitching well. That isn’t nearly as big of a surprise. One of the biggest culprits will be in action on Monday night.

Dylan Bundy is not right. I don’t know if the ankle injury he dealt with earlier in the season messed with his mechanics or what, but he comes into this start with a 6.68 ERA and a 5.26 FIP. The “old Bundy” has returned with 14 HR allowed in 63.1 innings. He only allowed five home runs last season in his 65.2 innings of work.

Bundy has not been able to maintain his velocity this season. His spin rates are down of late, which could be an indicator of injury or could be because of the foreign substance crackdown.

If we look specifically at Bundy’s fastball, which he is throwing less often this season than last season, we see a pretty sharp drop since mid-May.

That’s why I’m curious if what we’re seeing from Bundy is more injury-related and less about the substance crackdown. The timing of the start of the drop is significant, but also it has just kept falling, at least up until his last start with a mild uptick. That was actually a pretty good start for Bundy against Detroit, but he still allowed a lot of hard contact and only lasted four innings.

If we look at his last seven starts, which actually begins before the spin rate decline, Bundy has allowed nine home runs in 27.1 innings. He’s only struck out 20 and walked 11. He’s given up 32 total runs on 38 hits and has a 10.21 ERA with 31 earned runs. It has been really ugly for him.

I realize that the Yankees offense has been a disappointment throughout most of the season and it has certainly burned me before, but I have to bet on a profile like theirs against a guy pitching with as little command as Bundy right now. As I discussed on last Thursday’s podcast, the Yankees have been at or near the top of the league in Hard Hit% throughout the season. I don’t know why it hasn’t translated into better numbers. They do hit too many ground balls, but Bundy’s poor command should allow them to elevate today.

A lot of guys become relievers because their arsenals are not deep enough to start. Sometimes it is more of a command or control question. For King, it’s a little bit of everything, but he is very fastball-reliant.

For all of their problems on the pitching side, the Angels are still a top-five offense by wOBA in baseball. And that is with a lot of games missed by Mike Trout and about the worst season of Anthony Rendon’s career. This is a really good lineup from top to bottom with a lot of guys that make quality contact and also put a ton of balls in play.

Basically, that’s my hope in this game. We’re going to see lots of balls in play from both sides. Bundy’s stuff isn’t good enough to get strikeouts right now and King, who wasn’t a big strikeout guy as a reliever anyway, is pitching to a lot of contact at this point in time.

It’s going to be about a million degrees in the Bronx today as well. Temperatures are ticketed for the upper 80s by first pitch with absurd humidity in NYC. Forecasted winds are also blowing out. The conditions will be ripe for offense to say the least.

My biggest question here was the 1st 5 over 5.5 or the full-game total of 10, but with the total up to 10.5 and the 1st 5 not adjusted at DraftKings for the odds in the ATS App, the choice was clear. These are the decisions that make you money sometimes, but also some of the toughest to make because it’s like handicapping the game twice. The Angels rank in the bottom five in bullpen ERA, but the Yankees are fourth and have one of the best pens in baseball.

For that reason, I’ll roll with the 1st 5 and hope that both pitchers get beaten around early, which is what I expect to be the case.

Other picks/previews for today: Cubs at Brewers & Giants at Dodgers

GET YOUR WELCOME BONUS AT FANDUEL SPORTSBOOK TO BET BASEBALL