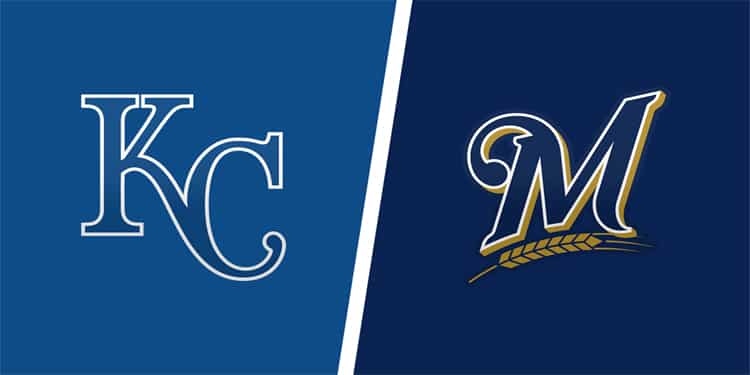 The Brewers flipped their starters for Tuesday and Wednesday’s games, so instead of Eric Lauer today, we will see Brett Anderson. My best guess is that this is a tactical decision from Craig Counsell and the Brewers because of Monday’s off day, Friday’s off day, and a pretty fresh bullpen.

If Lauer was to pitch on Tuesday and not have a good start, it would leave the Brewers a bit thinner on Wednesday for Anderson’s start. Now that they have flipped the two, they’ll have a better idea of where they stand for Wednesday’s game.

He is a negative regression candidate in a lot of ways. The Royals do rank in the top 10 in Hard Hit% since June 3, which is when pretty much everything in baseball changed. They have been a tough-luck team with results on high-velocity contact, as they rank last in batting average and last in wOBA. They are a significant outlier in both categories and are in line for a good bit of regression to the mean in terms of results on high-velo contact.

In that respect, we have regression signs in opposing directions. You never fully know when those things will come to fruition, but this could very well be the one-game sample size in which it happens.

Mike Minor gets the call for the Royals today. Minor has a 5.67 ERA, but a 4.36 FIP. He is a positive regression candidate with his low 63.2% LOB%. That has really been the primary problem for him. The rest of his peripherals look okay for the most part, but he has not had any luck ending innings with minimal damage.

There is another, unquantifiable element to this handicap. This game was moved up so that the city of Milwaukee could enjoy the Bucks game tonight. I can’t help but feel like the Brewers, who are now up 7.5 games in the standings after a sweep of the Reds, could mail this one in a little bit today. I don’t think we’ll get that full focus and energy.

Add it all up and the Royals look to be worth a shot with the underdog price today. I know they haven’t played well lately, but I think we get a half-assed effort from Milwaukee and there are a lot of regression signs that point well in Kansas City’s favor.