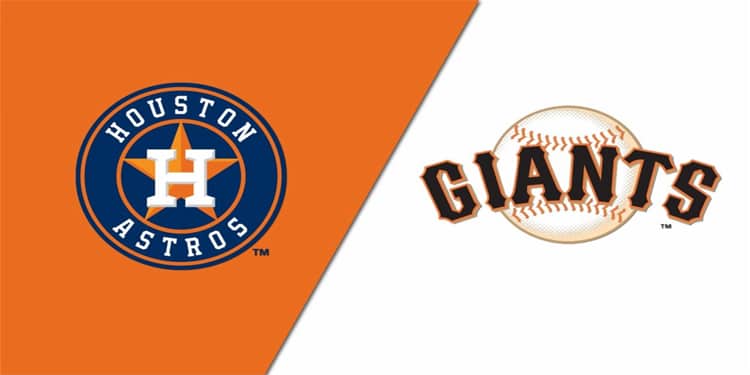 The Houston Astros and San Francisco Giants will play in the best series of the weekend and a possible World Series preview. Friday’s game features Framber Valdez, Kevin Gausman, and a line move on the Giants.

San Francisco scored a really nice series win over the Dodgers by winning Thursday’s game 5-0. The Giants are 5-2 against the Dodgers over the last two weeks and that has to give the team a ton of confidence. Unfortunately, last week’s series win bled into a pretty ugly performance against the Pirates, as San Francisco lost the first two games before avoiding the sweep on Sunday.

If focus or effort were factors in that series, the Giants can ill-afford to do that this weekend against the Astros. In the grand scheme of things, these are games in hopes of keeping the Dodgers at bay, but the competitive juices are always flowing when you take on one of the league’s best.

While we wait to see what happens, I do have a pick on this game. I do think the line movement is pretty interesting here with a fade of Framber Valdez. Valdez, who was really popular in the investment community when he returned, has been bet against a lot lately. He heads into this start with some regression signs in the profile. He has a 2.97 ERA with a 3.63 xERA and a 4.30 FIP.

We’ve seen some strong dislike from influential bettors about guys with high walk rates. Valdez has a 10.5% BB% now and his K% has fallen down into the 21% range. His Hard Hit% of 42.6% does suggest a higher BABIP than .268 and his low K% does suggest some regression coming on his 80% LOB%.

There are a lot of concerning signs to say the least. In his five starts in July, Valdez has a 4.13 ERA with a 5.20 FIP and 25 strikeouts against 21 walks. He draws a good Giants lineup here that has a 10.8% BB% against left-handed starters. Valdez should be on the ropes a fair amount in this game.

Are we seeing some cracks in the armor from Kevin Gausman as well? Gausman has a strong 2.21 ERA with a 3.23 xERA and a 2.99 FIP. His .224 BABIP seems like a long shot to continue as we go forward and so does his 83.2% LOB%. That isn’t to dump on what Gausman has done this season. It is simply to say that outliers of that magnitude oftentimes regress towards the mean as things move forward.

Gausman, who left the team for a few days to be with his wife in Louisiana because of complications with her pregnancy, has allowed eight runs on 11 hits with seven strikeouts against seven walks in his last 7.1 innings since the All-Star Break. I’m not sure if this is regression or maybe his mind being elsewhere, but he hasn’t been nearly as sharp. He’s allowed exit velocities of 91.8 mph and 92 mph in those two starts.

I think the total of 7.5 is short for tonight. Oracle Park is not the pitcher’s haven that it once was. Houston can obviously hit anywhere and ranks second in wOBA against RHP. San Francisco is sixth in home wOBA. These are two really good offenses against two pitchers with regression signs in their respective profiles and some concerning recent results.

That leads me to the over 7.5 for tonight.