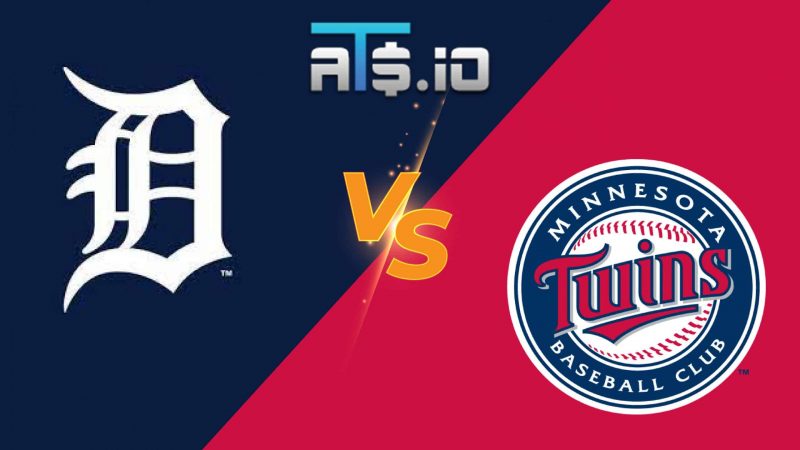 Detroit and Minnesota wrap up a three-game set at Target Field in Minneapolis, so we are breaking down the closing contest to bring you the best Tigers vs Twins betting pick for Wednesday, May 25, 2022. The Twins outlasted the Tigers 5-4 in Monday’s opener, recording their fourth consecutive victory over Detroit, while the middle game of this series has been excluded from the analysis.

Why Bet The Twins:

✅ The Tigers have serious injury problems and miss key pieces from their starting rotation. Eduardo Rodriguez (ribs), Michael Pineda (finger), Matt Manning (shoulder), Casey Mize (elbow), and Spencer Turnbull (elbow) are all on the IL, so the Tigers will opt for a bullpen day in Wednesday’s clash against the Twins. Detroit’s relievers have registered a pedestrian 5.31 ERA and 4.58 FIP in the last seven days, surrendering a whopping 1.77 home runs per nine innings.

✅ The Twins are one of the hottest teams in the majors. That 5-4 victory to the Tigers was Minnesota’s fifth win in a row and eighth in its last ten outings at any location.

✅ During their five-game winning streak, the Twins have scored a thumping 41 runs despite slugging only a couple of home runs in the process. They’ve posted an excellent .292/.397/.405 slash line and Luis Arraez has led the way with ten hits in 18 at-bats. On the other side, the Tigers have recorded an abysmal .192/.232/.315 triple-slash over the past seven days.

The Tigers fell to 14-27 following Monday night’s loss at Target Field. It was their fourth defeat in the last five games overall, and the Tigers remained tied with the Kansas City Royals for the fourth spot in the AL Central.

The 26-16 Twins were topping the AL Central following that 5-4 victory against the Tigers, four and a half games ahead of the Chicago White Sox and six above the Cleveland Guardians. They started a seven-game homestand in style, as Max Kepler launched a grand slam in the first inning, while Gio Urshela hit a walk-off single.