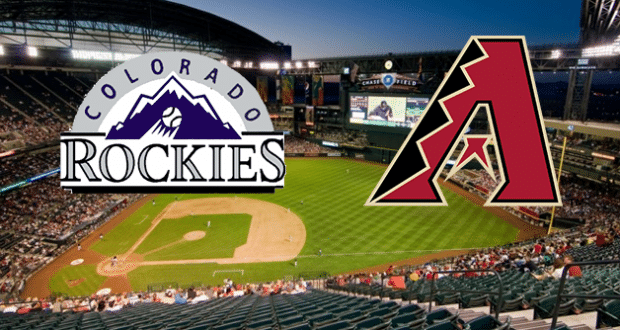 Jon Gray and Merrill Kelly are the listed starters for today’s matchup at Chase Field between the Rockies and the Diamondbacks. I’ve talked about it a lot and even talked about it on yesterday’s edition of The Bettor’s Box that the Rockies are a completely different team at home versus what they are on the road and to an even higher degree than in the past.

Colorado is in the top 20 in home ERA for the first time in over a decade, but has the highest road ERA in baseball. Along with not being able to pitch at sea level, the Rockies can’t hit. That has led to a 6-31 record in road games. Over those 37 games, the Rockies haven’t even scored 100 runs away from Coors Field.

We all know that the Coors Field Effect is a very impactful thing. Pitches do things differently on the road than at home and that affects both pitchers and hitters. It just seems so much more extreme this season for a variety of different reasons. I can’t really explain it. All I can do is marvel at how the home/road splits look for some of the pitchers and also wonder how the hitters can be so deplorably bad on the road.

Gray is facing the Diamondbacks here, a team that touched him up for five runs in a start at Chase Field back in late April, but that was a different team and a different lineup. I think that Gray could benefit here from facing a really watered-down lineup missing Ketel Marte and Carson Kelly.

Speaking of Kellies, I think Merrill Kelly is a highly underrated pitcher right now and I think he’ll be an interesting name to watch at the Trade Deadline. Kelly has a 4.67 ERA, but a 4.02 FIP on the season, so he has pitched better than his ERA would indicate. Kelly has been an extreme Cluster Luck pitcher this season with a 68% LOB%. He has allowed a .291 wOBA with the bases empty, but a .361 wOBA with men on base. He just hasn’t had much luck at all.

That has started to come down a bit for him, as I remember talking about a wOBA in the .390s not that long ago. It seems as though he’s been having some better fortunes recently, as he has a 17/1 K/BB ratio and has allowed just four runs over his last three starts covering 20 innings.

I think this is an under game. I think you look at what Colorado has done on the road, you look at this Arizona offense, and you look at this pitching matchup and I just don’t see a whole lot of run-scoring opportunities. To me, I feel like we’re in a situation where this total is about a half-run higher than where it should be.

Certainly the two bullpens have their fair share of concerns, and I did weigh the benefits of the 1st 5 and the full game, but I do believe that the two starters can work deep into the game, much like they have, and that should give us the better relievers out there on the field instead of the scrubs at the back end of the respective pens.