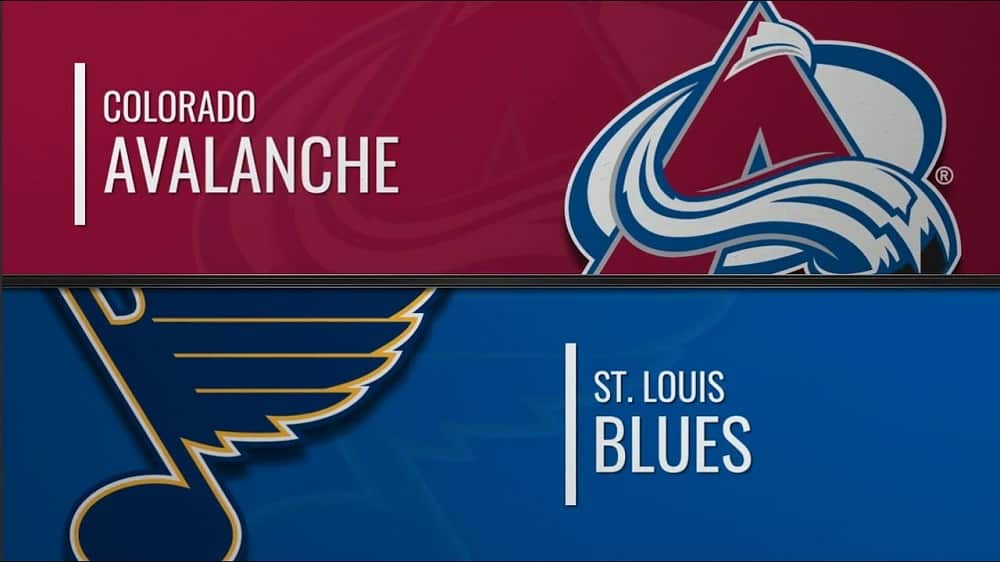 The Colorado Avalanche will have the brooms out as they look to sweep the St. Louis Blues and advance to the next round of the playoffs. Colorado defeated St. Louis on Friday, 5-1.

Here you can find the best picks, news, and stats for this West Division battle at the Enterprise Center. Colorado is the favorite at -233. This according to PointsBet Sportsbook, which puts St. Louis at +190 as the underdog.

After a scoreless first period, Colorado opened the second with three straight goals on their way to a 5-1 victory. Five different players scored goals for the Avalanche, including Ryan Graves who recorded a goal and added two assists. Philipp Grubauer was solid in net, stopping 31 of 32 shots.

Colorado averaged 3.5 goals per game, tops in the NHL during the regular season. They were eighth on the power-play at 22.7%. The Avalanche are having no trouble scoring goals-against St. Louis, recording 15 through the first three games. Nathan MacKinnon leads the team with five goals and seven points. Gabriel Landeskog is second with six points and he is tied for the team lead during the playoffs with five assists.

The Avalanche were third in goals allowed per contest a 2.4 per game and were eighth in penalty killing and 83.1%. Grubauer has been outstanding in the playoffs, going 3-0 with five total goals allowed on 90 shots, a .944 save percentage. He has a 1.67 GAA.

St. Louis could muster just one goal against Colorado on Friday. That came off the stick of Tyler Bozak, a shorthanded tally that cut the deficit to two. However, St. Louis would get no closer, as Jordan Binnington struggled, giving up four goals on 25 shots.

St. Louis averaged 3.0 goals per game during the regular season, 13th overall, and they were sixth on the power-play at 23.2%. That was the regular season. In the playoffs, this team has been struggling to say the least. The two points by Bozak are tied for the team lead in points as Robert Thomas and Torey Krug also have two points each.

This series is over. St. Louis has no answers for the Avalanche on either end of the ice, and there is no way they are going to put up a performance that keeps them alive in this series. They are not getting quality goaltending and cannot figure out how to get more than a couple of goals past Grubauer. They are going to need at least four goals to win this game, and that is not going to happen.

The total is set at 5.5, and that seems far too low. While the first game of the series had five total goals, each of the last two has gone over 5.5, including nine total goals in Game 2. This is a desperate St. Louis team that is going to have to do everything they can to generate some offense. That may help them to score an extra goal or two, but it is also going to open the Avalanche to more scoring opportunities as well. This contest is likely to go way over that number.