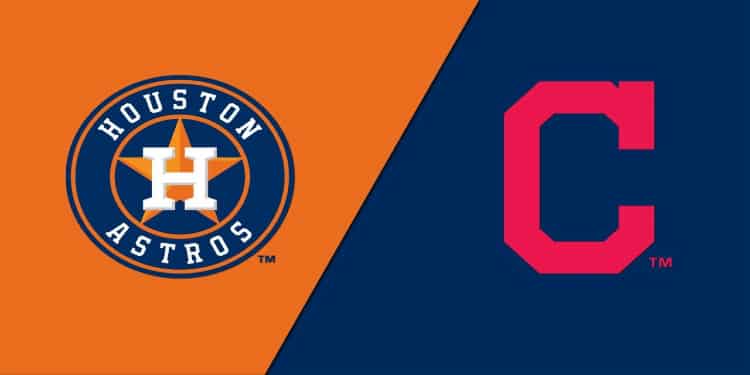 I’ll tell you what, the Cleveland Indians are battling. Battling probably won’t be enough against the Houston Astros, but you never know. The Tribe faces long odds tonight, as the Astros are more than a $2 favorite in the betting markets. The line has come down a little bit, which is kind of incredible given the stat line that we see for Jean Carlos Mejia, but it seems as though bettors are skeptical of Zack Greinke as well.

Mejia went down to Triple-A in an attempt to stay sharp over the All-Star Break for the Indians. After allowing 12 runs on nine hits in starts against Houston and Tampa Bay, it was thought that a little bit of a respite by going to Columbus would be a good idea. When Mejia got there, he made one start against Minnesota’s Triple-A team and gave up seven runs in 2.2 innings of work. He gave up four hits. All of them were home runs. He struck out two, walked three, and hit two guys.

Not exactly the kind of start that you want to see heading into a game against Houston. As a starter for the Indians, Mejia has an 8.88 ERA with a 5.46 FIP in his 25.1 innings of work. He’s allowed 25 runs on 29 hits, including five home runs, with 20 strikeouts against 10 walks. He’s given up at least four runs in four of the seven starts. One of those was only two-thirds of an inning. He pitched well against Baltimore twice and then once at Minnesota.

Otherwise, he has been battered and beaten up. The Indians bullpen has already gotten a workout since the Break with three close games against the A’s. My guess though, if Mejia is unable to work deep, is that we see somebody that hasn’t pitched in forever like Justin Garza, DJ Johnson, Blake Parker, or Trevor Stephan. There is nothing quite like going 10 or so days without pitching and then staring down the Astros offense.

I would not call Cleveland’s offense good by any stretch of the imagination, but things have been better lately. The Indians are up to 23rd in wOBA, which is good given that they were in the bottom five most of the season. They have hit 113 home runs, which is a key part of this handicap. Since the June 3 memo came out, the Indians are 17th in wOBA at .316 and have a 98 wRC+, so they are bordering on league average.

Teams that use power for the majority of their offensive production have been the biggest benefactors of the spin rate crackdown. The offenses that don’t hit for power have continued to be bad. Cleveland has at least had some better fortunes on the hard contact that they have made. The Indians are 10th in Hard Hit% since June 3 and ninth in average exit velocity.

They’ve made good contact most of the season, but haven’t completely been rewarded for it. We’ll see if they get rewarded against Greinke on Monday night. The veteran right-hander has had some command concerns since the substance crackdown. Greinke has made seven starts since June 4. He has a 3.46 ERA, but a 4.59 FIP. He’s been living on a .254 BABIP, despite an average exit velo of 90 mph or higher in five of his seven starts. He’s also allowed a home run in all but one of them.

Greinke allows a lot of balls in play all of the sudden. He’s subject to a good bit of variance as a result. For the most part, he’s had success, but if we get a good showing from the Astros against Mejia, as we probably should, then the Indians don’t have to do a ton of heavy lifting for us against Greinke. Cleveland could even touch up the Houston bullpen, which has struggled for a good part of this season.

The total is 9 for this one and I think we can definitely get beyond that. Greinke has allowed more hard contact and more home runs recently and the Indians lineup doesn’t match up all that badly in that light.