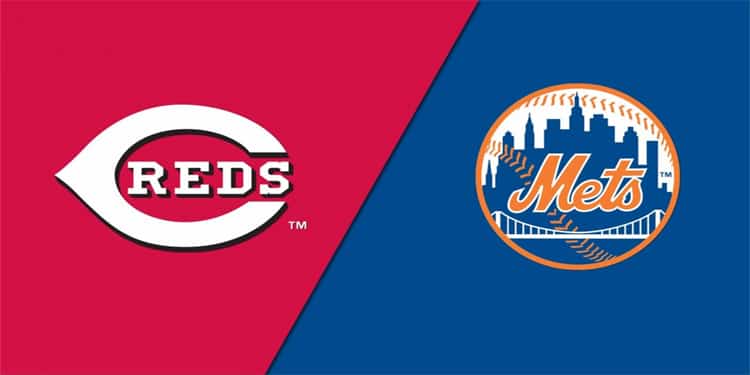 The Cincinnati Reds and New York Mets meet at Citi Field on Friday night to fire up a three-game weekend set. The Reds have made some moves to revamp their bullpen, acquiring Justin Wilson, Luis Cessa, and Mychal Givens. The Mets added Rich Hill and nothing since.

We could view Carlos Carrasco as a Trade Deadline acquisition for the Mets. He’ll be the Friday night starter here as he makes his Mets debut and also his 2021 MLB debut following a series of injuries that kept him from pitching until the middle of July. The Reds will counter with Sonny Gray as this series begins in Queens.

We have seen a pretty loud and clear line movement on this game to the Mets side, as this line has jumped in the realm of 30 or so cents since it opened. Overnight line moves are something that you absolutely pay attention to and take into consideration. That doesn’t mean that you will always agree with them, but they can shed some light on what the market believes for a game or a matchup.

Here’s the way that I am interpreting this game. The market felt like the line in the -110 or -120 range, depending on the sportsbook, was incorrect. The line in its current state served as a stopping point, so the idea here is that the market corrected a mistake and now we can handicap the game for what it is.

I fully realize that influential, market-shaping bettors are to be respected. Sometimes I may even respect them too much. However, I think there is a disconnect between perception and reality here.

Let’s start with Carrasco, who has made three rehab starts, with two at Triple-A and one in High-A. Carrasco allowed five runs on six hits in his three rehab starts. He allowed three home runs, all in his second of those three starts. In his most recent start, he struck out six of the 11 batters that he faced. Carrasco maxed out at 11 batters in those starts.

How far does 11 batters get him into today’s game? Maybe into the third inning? The Mets aren’t going to push this with him. They’ve had a litany of injuries this season and anything that they can get from Carrasco is a bonus. I guess we could see him go four innings. Fine. Let’s give him four innings.

This is a bullpen that probably has to get at least 15 outs tonight and seems to be a little bit shorthanded by what I’m looking at in terms of usage here. I don’t know if the modeling crowd and the quant crowd that attacks those soft opening numbers really factors all of that into the projections. Carrasco is not going to be some workhorse tonight for the Mets. He’s maybe going to turn the lineup over once and then give the game to a tired bullpen.

Gray has a lot of positive signs. He’s going to Citi Field, where offense has been hard to come by, so I feel like this is a good spot for Gray to experience some of that improvement.