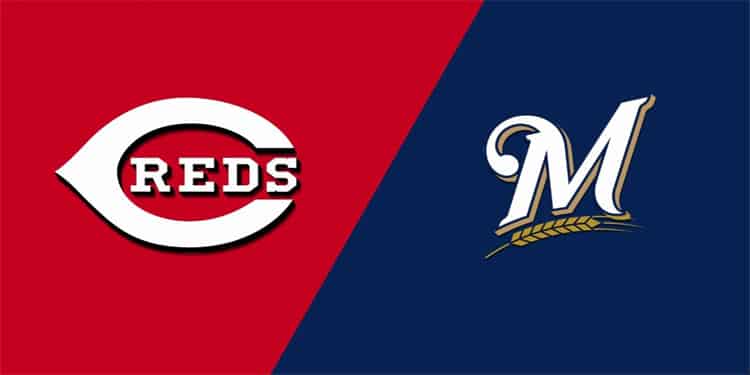 This is the most important game of the day, as the Reds have trimmed the deficit to five games. Four seems so much better than six, so this is a big two-game swing in the division. The Reds are playing some inspired baseball right now, as they’ve figured things out on the pitching side, have hit a bit better on the road, and are putting some pressure on the Brewers.

Cincinnati is up to eighth in wOBA on the season now at .325 with a 101 wRC+. Given how they’re sort of punished for what Great American Ball Park is, having a wRC+ over 100 is really solid. That being said, we know all about the road splits. The Reds have a .304 wOBA on the road, which ranks 18th. It simply is what it is and for the purposes of this handicap, in a road game against Brandon Woodruff, it has to be considered.

Woodruff enters this start with numbers worthy of Cy Young candidacy and he could very well be the favorite if Jacob deGrom wasn’t doing what he is doing. Woodruff has a 2.10 ERA with a 2.74 FIP in his 107.1 innings of work. He’s struck out 125 and walked 25 in 17 starts. Woodruff keeps the ball on the ground effectively, does a nice job of stranding runners, and has a K% north of 30%.

He also has outstanding command. His Hard Hit% is just 32% on 253 batted ball events. His average exit velocity is just 86.6 mph. For a guy that throws as hard as he does, you usually don’t see these kinds of numbers, but we do in this case. That is a testament to just how strong Woodruff’s location has been start in and start out.

It is worth pointing out that since June 5, basically around the time MLB said no more foreign substances, Woodruff has allowed 15 runs in 36.1 innings and six of his nine home runs. He’s struck out 42 and walked nine, but has a 3.72 ERA with a 3.83 FIP. Still really good numbers, but not as great as what we saw earlier in the season.

He did allow four runs on four hits in his last start, but that was a lot of bad luck, as he had one of his best exit velo performances of the season at 83.6 mph. Some unfortunate sequencing luck happened to trip him up.

Luis Castillo has been outstanding since the start of June with a 2.00 ERA in his 45 innings of work. He’s only allowed two home runs in his last seven starts with a 42/16 K/BB ratio. Castillo has allowed three runs or fewer in all seven of those starts. Most importantly, his LOB% is 80.1%, a huge drop from the first two months of the season when he was down below 60%.

It isn’t really a surprise that Cincinnati’s run has coincided with Castillo’s return to prominence. He has pitched into the sixth in every one of his starts, which helps to keep the Reds bullpen at bay. A team also just feels better when its ace is fulfilling the definition of what that word means.

The Milwaukee offense has been swinging the bats a lot better lately, but ranks 24th in wOBA at Miller Park. The Brewers are also a well below average offense against right-handed pitchers.

I think this game ends up with a playoff-like atmosphere. It is a big game for both teams. Both pitchers are really solid, induce a lot of ground balls, and can get lots of strikeouts. Under 7s are a lot scarier now than they were earlier in the season with the dead ball and substance usage, but I still think we get a tight, low-scoring ballgame here to go into the Break.