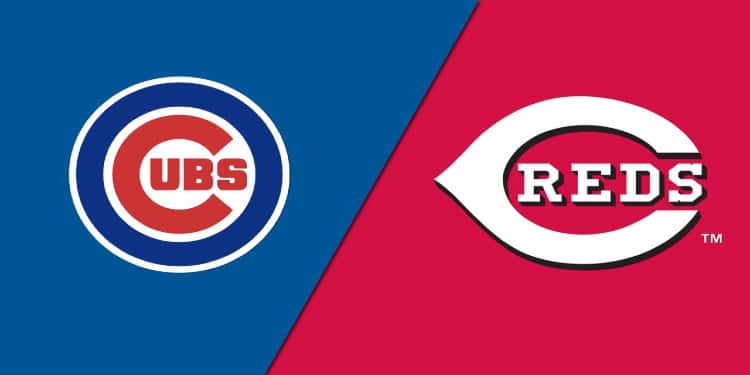 The Cincinnati Reds and the Chicago Cubs wrap up their series with some day baseball at Wrigley Field in what could very well be the last home game for guys like Kris Bryant and Anthony Rizzo. Those guys may not even be in the lineup today. Javier Baez hasn’t started a game since Sunday, as it looks as though the Cubs are trying to protect him from getting hit and losing his trade value.

It will be Luis Castillo for the Reds and Alec Mills for the Cubs. We’ve seen a pretty sizable line move here on Castillo, as the Reds are now road favorites up into the -130 range across most of the market. You can understand all of the reasons why the market is pointing in that direction.

Let’s roll through some of them:

Luis Castillo is first and foremost at the top of the list. Castillo may have a 4.20 ERA and a 3.78 FIP, but two awful months of April and May were a lot to overcome. Since the start of June, Castillo has a 1.71 ERA with a 2.93 FIP and a 3.54 xFIP in his 63.1 innings of work. The strikeouts have returned. He’s finally getting what he deserves in the LOB% department with an 84.8% mark in his last 10 starts. He has not allowed more than three runs in a start.

Castillo was weighed down heavily in April and May by low LOB% marks. He would also be the first to say that he didn’t really have much in the way of command or confidence and those two things certainly help when you talk about high-pressure situations. Castillo had a 6.29 ERA in April and a 8.04 ERA in May, as he had LOB% marks of 58.8% and 51.2%. He’s been a changed man since then and we even saw some signs of it with a K% increase in May and a 4.30 FIP.

Over the last two months, Castillo’s K% is up to 25.6% and he’s back to being the pitcher that we all expected coming into the season. Just ask me and my Cy Young ticket on him.

The Cubs are certainly in a very strange spot here. They know that trades are coming. It also puts manager David Ross into a tough spot, seeing as how he may be told to sit some guys with potential trades coming down the line tonight. We may not get the optimized Cubs lineup in this one. Even if we do, the Cubs are a well below average offense this season.

Chicago is sending out Alec Mills for his ninth start of the season. This will be his eight in a row and, to his credit, he has pitched really well with a 3.48 ERA and a 3.01 FIP in his last seven starts. The unfortunate thing for Mills is that the Cubs bullpen ranks dead last with -0.9 fWAR in the last 30 days with a 5.59 ERA and a 6.04 FIP. As bad as the Reds bullpen has been, it hasn’t been that bad.

I just don’t see the Cubs being all that invested today. It has already been an emotional week and now they have to try and hit against Castillo, who has been one of the best in baseball since the start of June. The only pitchers with more fWAR in that span are Zack Wheeler, Corbin Burnes, Walker Buehler, and German Marquez. Castillo has the best ERA since June 1. He’s been outstanding.

It is the right move and the right pick for today to take the Reds in this Thursday matinee.