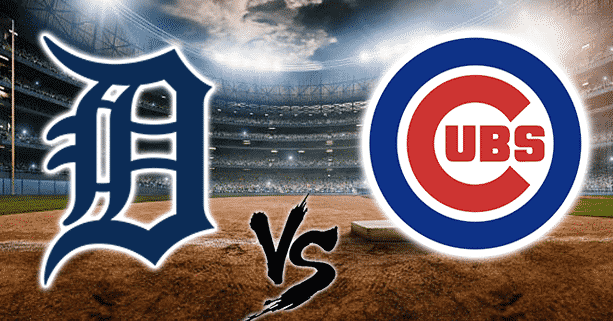 An interleague battle between central division opponents gets underway Monday, August 24, 2020, when the Chicago Cubs (17-10) visit the Detroit Tigers (11-15). The Cubs lead the NL Central by three games over the St. Louis Cardinals, while the Tigers sit in fourth place in the AL Central, 6.5 games back of the Minnesota Twins. This game will air live on FS1 at 7:10 p.m. EST.

Chicago faced the crosstown rival White Sox over the weekend and lost two of the three games. The White Sox dominated game one, 10-1, and then rode a three home-run performance by Jose Abreu to win game two 7-4. The Cubs fought back and salvaged the series with a 2-1 win on Sunday.

Detroit visited the red-hot Cleveland Indians and came away with a surprising series win. The Tigers won game one 10-5, but easily fell 6-1 on Saturday. The rubber match on Sunday saw the Tigers hold off a late rally and win 7-4.

Below is my pick for the Major League Baseball showdown between the Chicago Cubs and Detroit Tigers. All odds are from DraftKings Sportsbook.

Alec Mills gets ready for his fifth start of 2020 and will look to bounce back from two consecutive poor starts. Mills started the season with two starts that saw him give up a combined five hits and two earned runs over 13 innings pitched. Things have changed drastically as Mills has given up 12 hits and 10 earned runs over his last two starts, a span of 9.2 innings.

Highly touted prospect Casey Mize is set to make his second career start and he will look to continue some of the promising moments he showed against the White Sox. Mize did give up seven hits and three earned runs in just 4.1 innings of work, but the lefty did strike out seven White Sox batters. The future is bright for Casey Mize.

Ian Happ has been the offensive juggernaut for the Chicago Cubs as the center fielder leads the team in all major offensive categories. Happ has a .286 batting average, 24 hits, six home runs, 15 RBI’s, and a .412 on base percentage.

MLB Predictions: I like Casey Mize to get his first career MLB win. Give me the Detroit Tigers Monday night.