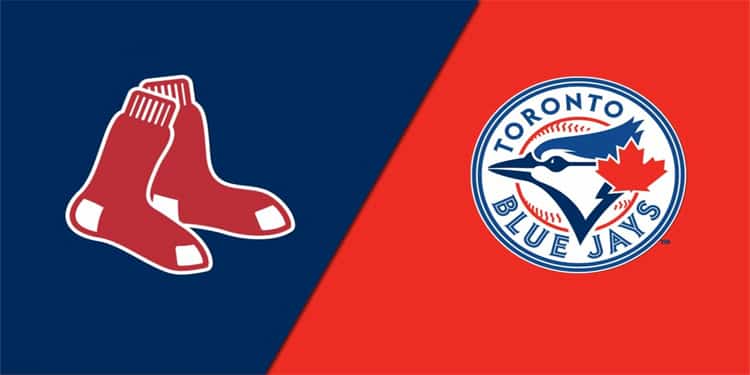 The Boston Red Sox and the Toronto Blue Jays fire up a key weekday series as Boston looks to get back on track from losing two out of three to the shorthanded New York Yankees over the weekend. There are a lot of people out there that feel like Boston could be in a little bit of trouble in the AL East Division. While the Tampa Bay Rays are the most likely candidate to take advantage, some still believe that the Jays or Yanks aren’t dead yet.

The Blue Jays easily brushed aside the Rangers over the weekend by scoring 25 runs over just 20 innings of at bats. The 15-0 doubleheader sweep yesterday meant that the bottom of the seventh was not needed. The bottom of the ninth was not required on Friday either.

Toronto’s offense, whether in Dunedin or in Buffalo, has been simply spectacular in home games this season and the Jays have another one tonight against struggling starter Nick Pivetta. The old adage says that water always finds its level. Pivetta had a 3.16 ERA with a 3.73 FIP in his first eight starts of the season. In his last 10 starts, he has a 5.23 ERA with a 4.53 FIP.

In that span, Pivetta has allowed 11 home runs and an average exit velocity north of 90 mph. His Hard Hit% in that span is 40%. If we look at his last six starts, a stretch that began on June 12 against Toronto, his Hard Hit% is 47%. Pivetta’s command has gone by the wayside and he has given up a ton of hard contact. That seems to be a problem against a Blue Jays lineup that ranks third in Hard Hit% at 41.7%.

Hard Hit% is the percentage of batted balls hit at least 95 mph. Per the data at Baseball Savant, the internet’s home for Statcast data, batted balls of at least 95 mph have a batting average of .496 and a wOBA of .621, so we’re talking a lot of hits and a lot of doubles and home runs.

The Jays rank second in wOBA since June 3, which was the day that MLB said that foreign substances were no longer permitted on the baseball. The Red Sox rank 10th in that department, so they’ve kept up their hitting prowess, but don’t grade as well because they’ve been steadier, whereas other teams have taken a bigger leap.

But, make no mistake, the Red Sox still have a solid offense. Ross Stripling has found that out the hard way in his two starts against Boston. He’s allowed 10 runs on 13 hits in 9.1 innings of work. Those are two of his three worst starts from an exit velocity standpoint. The May 19 start was a bit of a turning point for him, as he’s pitched well since, but Stripling has also allowed eight homers in his last six starts. He’s been fortunate to live on a .175 BABIP in that span, so regression signs are present with his 3.86 ERA and 5.22 FIP.

The stage sure seems to be set for offense tonight. These are two pitchers with subpar command against two lineups that are more than capable of punishing mistakes. The potential for offensive decline was there for the Blue Jays going from TD Ballpark in Dunedin to Sahlen Field in Buffalo, but the numbers look nearly identical.