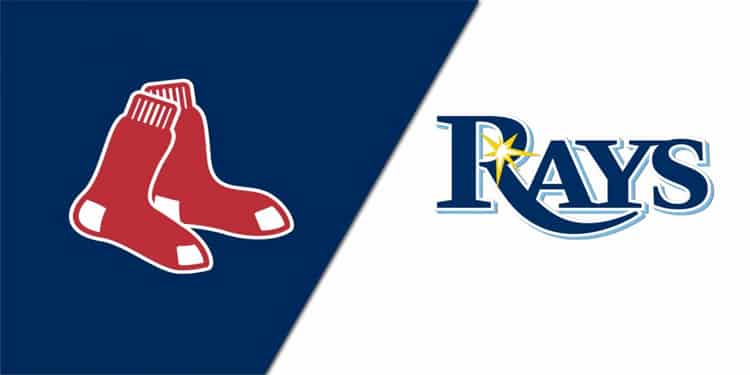 The Boston Red Sox and Tampa Bay Rays fire up a big series at Tropicana Field this weekend with first place in the balance. Boston leads Tampa by 1.5 games. With a three-game series, Boston will either leave with a bigger lead, a smaller lead, or no lead at all.

The first game on Friday night features Martin Perez and Josh Fleming. The Red Sox didn’t exactly have a happy flight to the Gulf Coast after getting pummeled yesterday by the Blue Jays in a 13-1 defeat. It was a much happier evening for the Rays, who won by 14 runs over Gerrit Cole and the Yankees.

Comparing the teams and the starters side-by-side for tonight’s game, it is hard for me to see this line where it is. We’ll start with Fleming, the pitch-to-contact ground ball cat with a 4.07 ERA and a 4.55 FIP. He’s struck out just 13.9% of opposing batters, but has also walked just 6.3% of opposing batters.

Fleming has a 57.7% GB%. In today’s run environment, it can be really tough to score runs against a guy like that and Fleming has done well. Even with a high GB%, he’s still allowed 10 home runs out of his 68 hits.

What really stands out about the Red Sox offense is the manner in which they score. Boston ranks sixth in wOBA at .327. They rank ninth in home runs with 132. The Red Sox are second in hits and far and away first in doubles. They have 31 more doubles than any other team in baseball. I look at this type of offensive profile and feel like they are better equipped than most teams to conquer a ground ball starting pitcher.

Do I like Martin Perez? No. Nobody really likes Martin Perez. He has a 4.18 ERA with a 4.49 FIP. His 5.31 xERA is pretty scary with a 40.3% Hard Hit%. I’d like to think that Tropicana Field helps him a bit here, but what really points me towards the underdog Red Sox tonight is that the Rays simply cannot hit left-handed pitching.

Boston ranks 11th against lefties with a .326 wOBA. That falls pretty much in line with most of their offensive numbers. There are just some teams that are setting the curve pretty high to push Boston to 11th.

The Rays? They’re 26th in wOBA against lefties. They have one of the highest K% against southpaws. Martin Perez isn’t a high K% guy by any means, but that should at least give him some additional margin for error by pitching ahead in the count with some hopes of more swing and miss. Tampa Bay’s .373 SLG against lefties also ranks in the bottom five.

With that in mind, I think this line is mispriced and the Red Sox are too big of an underdog here. I don’t think there are any clear-cut advantages for the Rays here. Maybe their bullpen is a bit better. I could see that. But the Red Sox have a better offensive projection here, so I’ll take my chances with that.