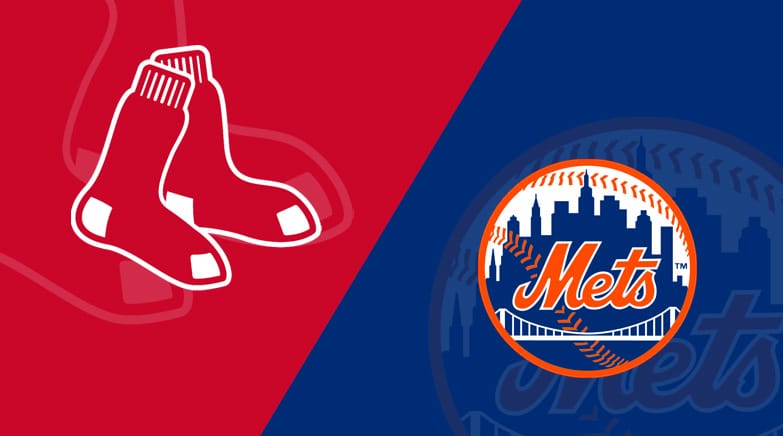 An exciting interleague battle comes to an end Thursday. July 20, 2020, when the Boston Red Sox visit the New York Mets. These two teams played two games in Boston to begin this week and finished the series with two games in Queens. This game will air live on fox at 7:07 p.m. EST.

The New York Mets went into Boston and came away with two dominant wins. Game one saw the Mets win 7-4 and then New York left Boston with an 8-3 win in game two. The Mets hits four home runs in the two games at Fenway and will look to continue to hit long balls at Citi Field. David Peterson got his first career MLB win in game two and Michael Wacha got his season started with a win in game one. Wednesday looked like it was headed to extra innings, but a big eighth inning helped the Red Sox earn a 6-5 victory. Christian Vazquez led the late charge with a sole home run in the top of the seventh inning and a two-run single in the top of the eighth. It has been a pretty entertaining week between these two teams, and it will all come to an end on Thursday.

Below is my pick for the Major League Baseball showdown between the New York Mets and Boston Red Sox. All odds are from DraftKings Sportsbook.

Martin Perez made his Red Sox debut last Saturday and found himself down 5-0 before he could even blink. The Orioles scored three runs in the top of the first, and added two more in the top of the second, on their way to a 7-2 win. Perez gave up six hits, five runs (four earned), and struck out two in five innings of work.

Steven Matz started the Mets second game of the season and pitched a six-inning gem against the Atlanta Bravesv. Matz held the Braves to two hits, and one run, while striking out seven on his way to a no-decision. The lefty departed from the game with a 2-0 lead, but the bullpen blew it and the Braves ended up winning 5-3 in 10 innings.

History: The Boson Red Sox lead the all-time series 19-18, but the New York Mets have won two of the three meetings this season.

Free Pick: I like the New York Mets to come away with the win Thursday night.