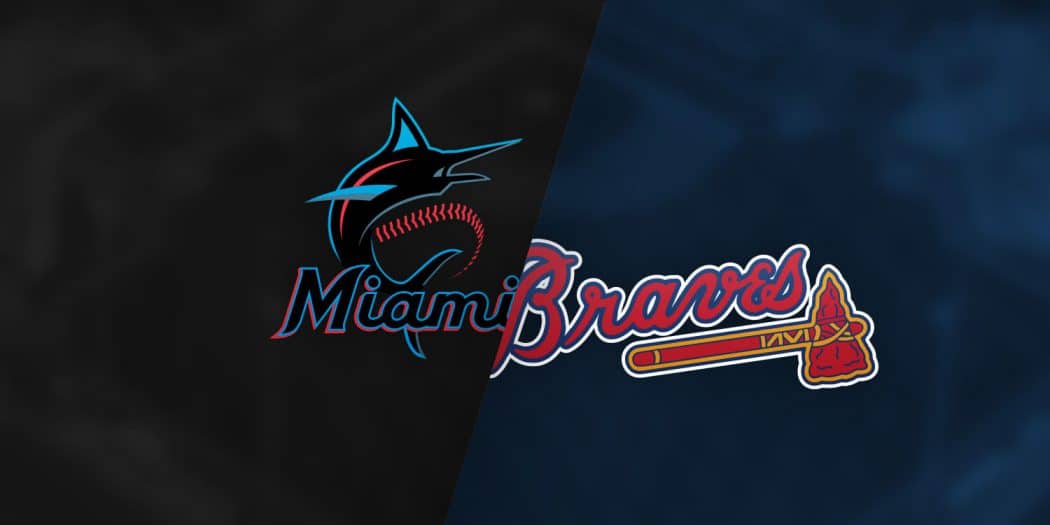 The Atlanta Braves take on the Miami Marlins on Thursday, October 8, in Game 3 of their National League Division Series. These two NL East foes meet at Minute Maid Park in Houston and the Braves will look to sweep the Marlins.

The odds are already available, and we know who’ll start on each side, so here are all need-to-know betting tips and trends along with the best betting pick for the Braves versus Marlins showdown.

The Braves were listed as firm -210 and -195 favorites in the first two games of this series, but they opened as slight -123 favorites to win Game 3 on DraftKings. The Marlins are set at +113 moneyline odds with a total of 9.0 runs.

Both Atlanta and Miami miss a couple of starting pitchers and will have to deal without them for the rest of the postseason. The Marlins miss a few relievers, too, while both clubs can count on their important batters.

Miami is in a win-or-go-home situation, and the Marlins have never lost the playoff series in franchise history. On the other side, Atlanta exited in the NLDS in eight of its last nine playoff appearances, so the Braves are keen to finally reach the Championship Series.

After a 9-5 victory in the opener, the Braves outpitched the Marlins in Game 2 and pulled off a 2-0 victory. Atlanta allowed only three hits on Wednesday, while four relievers combined for three strikeouts, one free pass, and no hits through 3.1 innings of work.

The Marlins used three relievers in each of the first two games against the Braves, but their starters failed to cope with Atlanta’s powerful offense. Also, the Marlins just couldn’t get going offensively which was the problem for most of the regular season.

Miami was averaging only 4.38 runs per game (21st in the majors). On the other side, the Braves were tallying 5.80 runs per contest (2nd). We saw that difference in the opener, as the Braves hit three home runs including Travis d’Arnaud’s three-run dinger.

Dansby Swanson smacked a two-run homer in Game 1, while d’Arnaud and Swanson clubbed a solo homer each in Game 2.

Rookie Sixto Sanchez will take the mound for the Marlins on Thursday, and the righty went 1-0 in two starts against Atlanta in the regular season. He pitched six shutout innings in an 8-0 victory, allowing just three hits and a walk while striking out six.

Kyle Wright will get the starting call for the Braves, making his postseason debut. The righty hasn’t impressed this season, going 2-4 with a 5.21 ERA and 1.55 WHIP in eight starts.

Wright met the Marlins twice and was charged with a loss on both occasions, allowing eight earned runs on nine hits and eight walks over seven frames of work. Kyle has struggled with control all season, posting a 30/24 K/BB ratio in 38 innings.

Betting against the Braves’ offense is not a smart move, but I have a strange feeling that the Marlins are going to hit well and hard against Kyle Wright. If they do so, the Braves’ bullpen will have to take the mound early in the game.

Both teams struggled offensively in Game 2 after a strong performance in the opener. The Marlins have to bring their best game if they want to avoid elimination, and the Braves could smack a few homers once more, so give me the over on the totals.