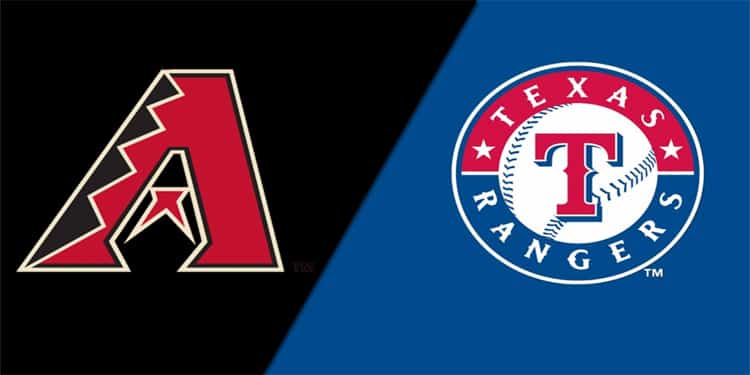 A series only being watched by family and friends continues on Wednesday night when the Arizona Diamondbacks and Texas Rangers get together. We’ll see Madison Bumgarner for the visiting D-Backs and Jordan Lyles for the host Rangers in this pillow fight of a game.

There are a few things that are pulling me in one direction for this game. The first is the obvious elephant in the room about Joey Gallo and when he will be traded. Gallo remains a member of the Rangers, at least for now. Maybe he won’t get traded. Who knows. What I do know is that there are a lot of suitors and his recent defensive play has been just about as good as his offensive play.

Another is that Madison Bumgarner is still better than Jordan Lyles. Certainly I don’t want to bet on either one of these guys all that often, but at least Bumgarner has something promising in the profile. He has a 5.09 ERA with a 4.37 FIP. There are some positive regression signs for the veteran southpaw.

Lyles has a 5.20 ERA with a 5.53 FIP. He has allowed 24 home runs in 107.1 innings of work, which is simply absurd. I do wish that the Diamondbacks hit for more power and would be better equipped to exploit the horrific command from Lyles, but it isn’t like the guy does much of anything else well. He has a low strikeout rate and still has a BABIP over .300, even though home runs don’t count.

Lyles hasn’t even been able to use Globe Life Field to his advantage with a 4.88 ERA and a .357 wOBA in 48 innings of work. The guy is just a terrible pitcher all the way around and I’m kind of amazed that he keeps finding work. Consider that he has allowed 17 of his 24 home runs on the road and still has an ERA near 5 at home. He’s just bad in other ways in Arlington.

Bumgarner’s stat line won’t really jump off the page, but his 60.6% LOB% is a big part of the season why his season looks so bad. His FIP isn’t all that bad and his K% has gone back up towards his career average after a down year in that department last season. He’s pitched pretty well in two starts since coming off of the IL. Also, he’s used to pitching with a humidor like what has been installed in Texas now.

The problem that I run into here with the Diamondbacks is their terrible bullpen. That pushes me towards the 1st 5 line. The unfortunate thing about that is that it isn’t as good of a line as the full-game number, but I’ll bend over backwards to avoid betting on the Arizona bullpen from a size standpoint.

The Rangers are a bottom-five offense at home. There is always the chance Gallo is traded today. Even if he isn’t, the Rangers still have a low offensive projection here. The Diamondbacks offense has gotten a bit healthier and some of the impending free agents are playing for a “Get Out of Jail Free” card.

That’s all enough for me to take Arizona 1st 5 today.