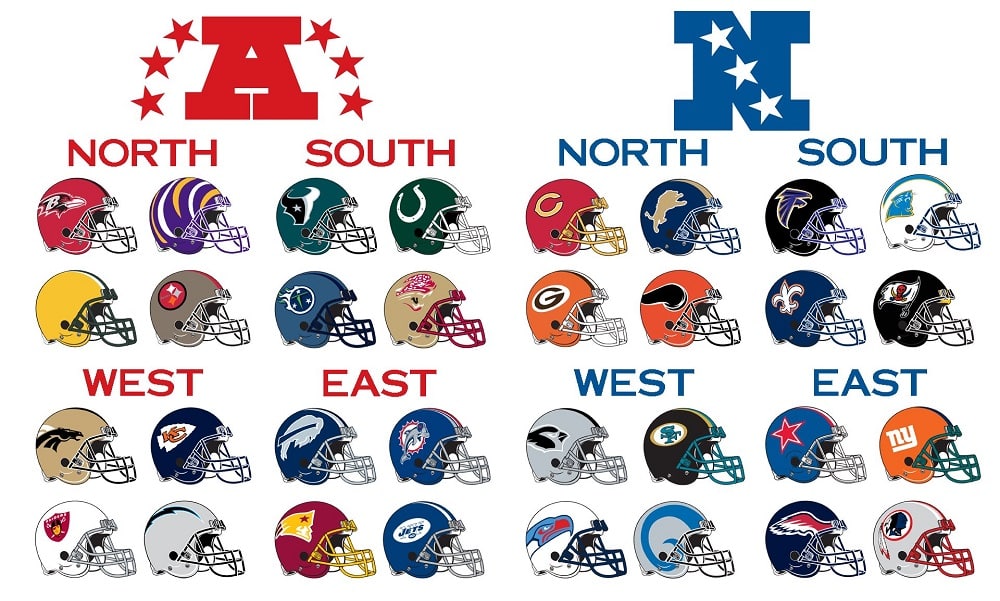 Betting on the division winner means betting on the team that will have the best regular season record among the teams in its division.

There are eight divisions of four teams in the NFL. There are two conferences, the AFC and the NFC, and four divisions in each conference. Those divisions are the AFC East, AFC North, AFC South, AFC West, NFC East, NFC North, NFC South, and NFC West.

Oddsmakers post the first set of odds to win the division well before the start of the season and many sportsbooks will offer odds during the regular season with price adjustments based on wins and losses.

These are also called â€œfutures betsâ€. The sportsbooks will hold your wager until the bet is decided, which would be in the month of December or maybe even the first week of January in a traditional football season. Once the division outcome is determined, the bets will be graded and you will either receive your winnings or your bet will be graded a loser and no longer be shown as a pending bet.

If you want to bet division odds, it is important to note the difference between a â€œminusâ€ price and a â€œplusâ€ price. A team with odds of -200 to win the division would be viewed as a heavy favorite to have the best regular season record among those four teams. With minus prices, you have to bet a higher amount to win a lower amount, such as $200 to win $100.

With plus prices, however, smaller bet amounts will pay back bigger win amounts. For example, a division price of +175 would mean that you could bet $100 to win $175. That is a team that has a chance of winning the division, but usually is not the favorite. That team is often the second favorite or maybe the third favorite in a very competitive division.

In a lot of instances, you will also find teams at something like +500 or higher. The same concept applies that you can bet $100 to win $500, but these are teams that are very unlikely to win the division.

As you can see, we list a lot of different sportsbooks here at ATS. The ability to shop around for the best odds is very important and will always help your bottom line. If a team is +125 at one sportsbook and +150 at another, why wouldnâ€™t you bet $100 to win $150 and have a chance at the extra $25 for the same bet amount?

Division winner odds are updated throughout the season based on what has happened and you may find that you have a better betting opportunity during the season than during the offseason, so keep checking back to see how the odds look each week at ATS.