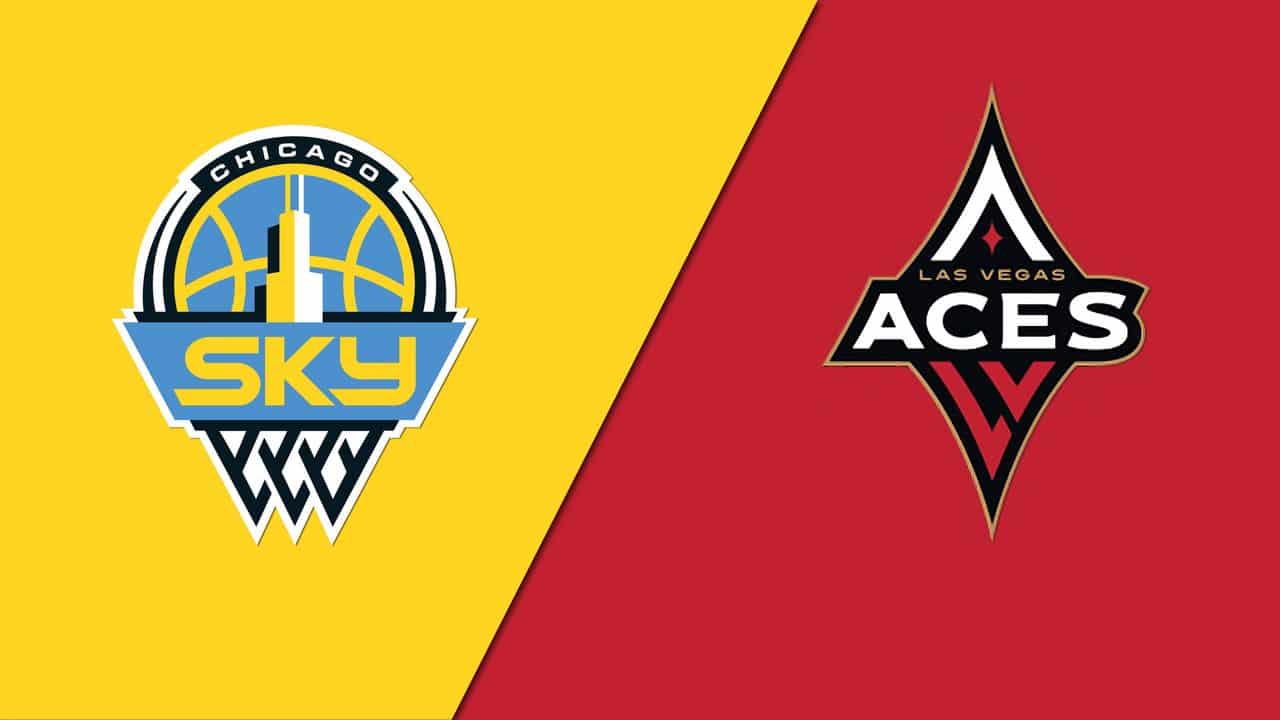 New bettors at Caesars Sportsbook can get a risk-free bet worth up to $1,500 on this Sky vs Aces showdown in the WNBA on Thursday!

Over at Caesars Sportsbook, bettors can get a risk-free bet up to $1,500 on one of the marquee matchups in the WNBA this season. Bettors who sign up at Caesars using code ATSBONUS15 can place their first bet on Sky vs Aces. If that bet does not win, they will get their money back in the form of free bets up to $1,500 on what could be the game of the season in the W.

The two favorites to win the WNBA Finals are going to square off on Thursday night in Las Vegas. The Chicago Sky and Las Vegas Aces have put together incredible seasons, and will look to make a statement heading into the playoffs here. In our WNBA picks for Thursday, we look at Sky vs Aces in what should be a thriller in the W.

Why Bet The Aces:

✅ The Aces have thoroughly outplayed the Sky in their previous matchups this season. With the exception of one half of basketball, where the Sky came back from a 28-point deficit, the Aces have dominated them at every turn. That will happen again here, as the defense of the Sky just is not built to slow down the perimeter scoring threats of the Aces.

✅ There is so much on the line in this game for both teams, as the winner has the inside track to the one-seed in the playoffs. With the Aces playing at home and boasting the top average margin in the league this season, there is no reason to fade the Aces in this spot in front of their home crowd.

✅ A’ja Wilson has been on fire for the Aces recently. She has averaged 26.5 points per game over the last two games. That includes a victory in Seattle against the Storm in Sue Bird’s final regular season home game. Wilson will continue to feast against the Sky, who she has scored big against earlier this season, including a 22-point performance in Chicago earlier in the year.

The Chicago Sky opened the door for the Las Vegas Aces to steal the top seed in the WNBA from them with a loss earlier this week. Chicago fell to the Seattle Storm in a high-scoring game, where the Sky allowed 111 points in defeat. In this game, the Sky will need to be better defensively to avoid relinquishing the top spot in the standings heading into the final day of the regular season.

Specifically, the Sky need to guard the perimeter better than they have against the Aces in previous matchups. The Aces are so lethal from long range, with Kelsey Plum, Jackie Young, and Chelsea Gray leading their outside arsenal. If Chicago cannot slow them down, which they have not been able to do for most of their three meetings this season, the Sky could face a tougher path through the playoffs.

The Las Vegas Aces look like they are putting it all together in time for the playoffs. They have won two straight games, using their prolific offense to blow past the Seattle Storm and Atlanta Dream consecutively. Now, the Aces are two more wins in a row away from finishing at the top of the WNBA standings going into the postseason.

For the Aces, interior defense is going to be huge in this game. Dearica Hamby is set to miss this game due to injury, which will force A’ja Wilson to do more defending while facing a more urgent need to avoid foul trouble. If she can do that, the Aces should be fine here, but there are no guarantees on that front.