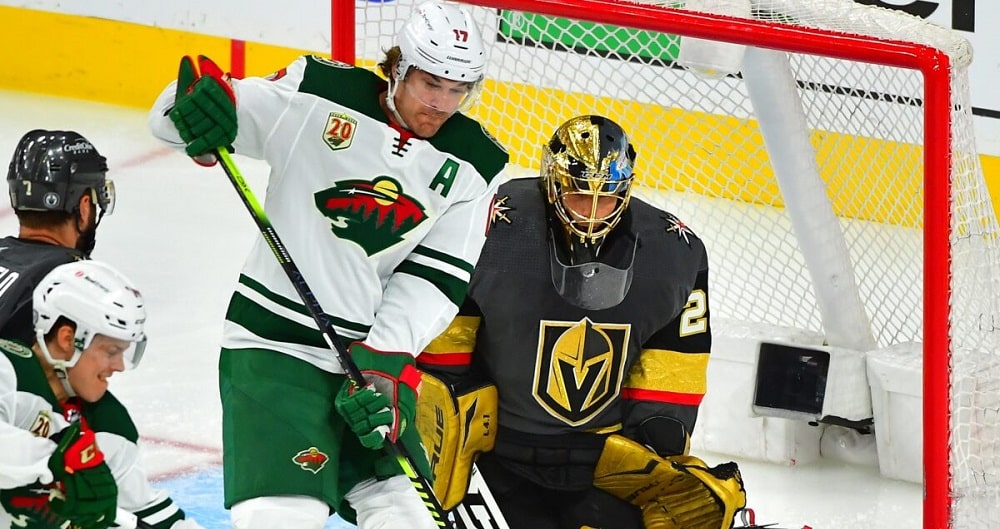 The Vegas Golden Knights look to advance to the next round of the playoffs when they take on the Minnesota Wild on Wednesday. Minnesota staved off elimination with a big 4-2 victory in Game 5.

Here you can find the best picks, news, and stats for this West Division battle at the Xcel Energy Center. Vegas is the favorite at -135. This according to PointsBet Sportsbook, which puts Minnesota at +115 as the underdog.

It was a tough night for the Golden Knights who took an early one-goal lead, then watched Minnesota somehow get five goals past Marc-Andre Fleury on just 13 shots. It was the worst playoff performance in the career of Fleury. Mark Stone and Alec Martinez scored for Vegas.

Vegas is averaging 2.80 goals per game and are connecting on 8.3% of their shots. The power-play has been solid at 15.4%. Stone has been great in the series, posting four goals and five points. Alex Touch has three goals and four total points.

The Golden Knights are allowing 1.60 goals per game, and they have dominated in penalty killing, posting a 100% kill rate. Fleury has 1.40 goals against average and a .946 save percentage in the series.

Minnesota found themselves trailing by a goal 8:14 into the contest but produced three unanswered goals on their way to a 5-2 victory. Five different players scored goals for Minnesota, and Cam Talbot made 38 saves to help extend the season for the Wild.

Minnesota is averaging 1.60 goals per game and is connecting on 6.2% of their shots. They have yet to score a power-play goal in the series. The Wild are led in scoring by Matt Dumba, Jordan Greenway, and Jonas Brodin who each have three points.

You would think that Minnesota would be in a great position here as they return home with an opportunity to force a Game 7, but Vegas has already beaten them twice in St. Paul in this series, and there is no reason to think they cannot do it a third time. Fleury was great in the two starts in Minnesota, allowing two goals in Game 3 and shutting them out in Game 4. Look for him to have another spectacular start.

This is going to be a low-scoring affair for much of the contest, but a desperate Wild team is going to drive up the score. They are likely going to be trailing by a couple of goals late, forcing them to pull Talbot no matter how far behind they are. That is going to give Vegas an opportunity for some empty-net tallies, and they will connect, driving up the score.