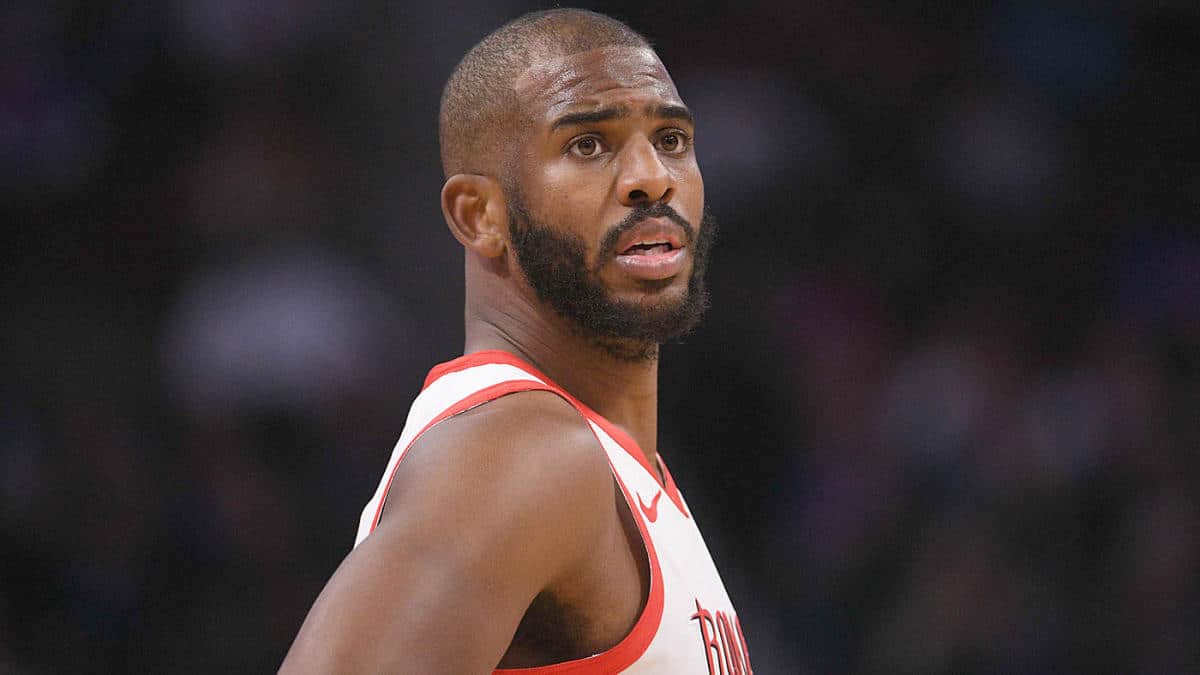 Will Chris Paul start and finish the NBA season with the Oklahoma City Thunder?

The 2019 NBA offseason was undoubtedly one of (if not) the most exciting free agency period in basketball history. Superstars are signing backbreaking deals and swapping teams at an unprecedented rate. To name a few, Kawhi Leonard, Paul George, Kevin Durant, Kyrie Irving, and Russell Westbrook all have a new team.

Speaking of PG and Westbrook, the former Thunder duo has been blown up. In the biggest (and most shocking) move of the offseason, Paul George was traded to the Los Angeles Clippers to encourage and facilitate the signing of Kawhi Leonard. Leonard is fresh off an NBA title and Finals MVP award with the Toronto Raptors, but he made it clear before last season started that he had no intentions of committing long term to any team despite the season’s outcome.

With Leonard and George forming a new power combo in LA to match up against LeBron James and Anthony Davis, the Oklahoma City Thunder have a brand new look. In addition to losing George, the Thunder also traded away franchise cornerstone Russell Westbrook. They sent him to the Houston Rockets in exchange for the aging Chris Paul.

Paul, now 34 years old and starting to show signs of it, has been transported from a championship contender to a franchise in the middle of a rebuild. CP3 clearly doesn’t have many years left in the league, nor does he want to waste his time on a team that won’t make the playoffs. During his time in Houston, Chris Paul and the Rockets were on the brink of defeating the Golden State Warriors in the playoffs twice, but ultimately fell short due to injuries and failed execution.

With Chris Paul now serving as a tank commander in Oklahoma City, it is essentially a foregone conclusion that he will not be staying there. In the landscape of today’s NBA, it seems that loyalty is longer around, but the players are not to blame. Team owners promise their players that they won’t be traded and that they will do right by them, but then immediately do the opposite when in the best interest of business.

If business is business, then NBA players are simply taking care of themselves because they know that team owners will not. Why should a superstar chain himself to a struggling team with inept management if they will be dropped the moment it becomes convenient? With this in mind, gone are the days of superstars staying with one team their whole career. But it also creates an exciting environment with plenty of parity because you never really know who’s going to be the favorite in any given season.

So there’s no question that Chris Paul is leaving OKC, but the problem lies in where he will go. CP3 is definitely going to want to be on a championship-contending team, but it needs to be a team that doesn’t already have an elite point guard. In the west, this immediately rules out Golden State, Houston, Portland, and Utah. On the east, Toronto, Philadelphia, Boston, and Brooklyn are all out too.

Beyond needing to be a team in the mix for a title, whatever team Paul is traded to must also have the cap space for his massive contract. CP3 is entering the second year of a four-year deal with a player option for the fourth year. For the 2019-2020 season, Paul’s contract is worth just over $38.5 million. Next season that will become $41.3 million and it will grow to $44.2 million in his final year.

For a relatively undersized guard in his mid 30s, a contract in the $40 million range is going to send a lot of teams running in the opposite direction. The reality is that Chris Paul’s contract is simply way too much for many contenders to even consider. Logistically speaking, CP3 cannot be traded to a championship contender straight up, nor is it likely that a multi-team trade will happen to facilitate it.

For Chris Paul and the Thunder, that leaves just two options. Either accept a trade to a slightly worse team, or accept a contract buyout. And remember, Chris Paul still has $120 million on his contract that he would be walking away from if he chooses a buyout, which is still significantly more than most NBA players make in their whole career. So this means that CP3 would need a really good reason to forego his payday.

If the Thunder are going with the trade route, CP3’s most likely destination is the Miami Heat. Miami is definitely over the salary cap after signing Jimmy Butler during the offseason, but they do have a few good pieces they could move to make the trade happen. The biggest of which is point guard Goran Dragic, who has an expiring contract worth $19.2 million.

This still leaves around $19 million in cap space to clear up. The Heat have Meyers Leonard on an expiring $11.3 million contract for an easy choice. Then there is James Johnson on the last year of his deal at $15.8 million, but he does have a player option for next year. The last bargaining chip Miami can use is Dion Waiters in the third year of his four-year contract, which is worth $12.1 million this year.

Simply put, Miami has a lot of bargaining power if they want Chris Paul. In the same token, CP3 himself has indicated that he wants to play for the Heat. Considering the cap space and roster situations of current championship contenders and fringe teams, it is likely that Chris understands that the Heat is his best option at this point.

In the very unlikely scenario that Paul accepts a buyout, his likely destination is the Los Angeles Lakers. With Dwyane Wade (and seemingly Carmelo Anthony) retiring, LeBron James is the sole remaining member of the Banana Boat crew. The Banana Boat consists of LBJ, Wade, Melo, and CP3, all close friends since childhood. Besides the companionship, the Lakers are also poised for a run at the title with Anthony Davis recently joining the team. It is unfathomable to imagine CP3 taking a buyout to play for anyone other than the Lakers.

Prediction: Chris Paul to Miami around the trade deadline.

It looks like Chris Paul will definitely suit up for the Thunder this season, but he won’t be finishing the season with them. Look for CP3 to get traded to Miami before the trade deadline, if not right around it.