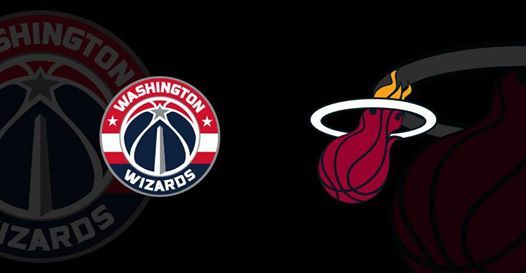 The Wizards come in on a high note after beating the Philadelphia 76ers in their last game, 119-113, as 1-point underdogs. The total points for the game (232) finished just over the projected point total of 229. The Wizards forced 21 turnovers and had a free throw rate of 0.289 (above their season average of 0.167). Bradley Beal was a key piece for Washington with 26 points and 10 rebounds.

The last time the Heat were in action, they lost big to the Boston Celtics, 112-93. They were unable to cover as 5.5-point underdogs. The total points for the game (205) finished under the O/U total of 208.5. Boston was effective at getting and making free throws. The Celtics made 26 of their 32 free throws (81.3 percent), while the Heat were just 11-17 (64.7 percent). Jimmy Butler had a solid performance for Miami, leading both teams in scoring with 37 points on 12-for-18 shooting.

After the Heat won three out of four matchups against the Wizards last season, this will be the first matchup of the year between these two teams. In the last game, Miami won 113-108. Miami’s effective field goal percentage was its largest strength over Washington. The Heat had a rate of 0.568 while the Wizards posted a mark of 0.474.

Washington has a solid record against the spread (11-8), despite being 7-13 straight up (SU). Oddsmakers are known to set the total low when the Wizards are involved, as 11 of their 19 games have ended over the total.

Meanwhile, Miami owns records of 15-6 SU and 13-6-2 ATS. A little over half of Heat games have finished over the total.

Miami could dominate on the offensive side of the ball as their sharp-shooting offense goes up against one of the worst defenses in the league. The Heat currently rank second in effective field goal percentage (0.551), while Washington ranks 30th in effective field goal percentage allowed (0.566). Moreover, the Wizards commit the fifth-fewest errors in the league (turnover percentage of 12.9 percent), while the pesky defense of the Heat causes the fifth-most (opponents’ turnover percentage of 15.4 percent).

Washington is 7-4 ATS on the road with 6 overs and 5 unders.

In contests where they hold opponents under 100 points, Washington is 2-0 and Miami is 4-1.

Over its last five outings, Washington is 1-4 ATS with 3 overs and 2 unders.

The Wizards’ average margin of defeat in their last five games has been 8.0, up from 3.5 for the season.