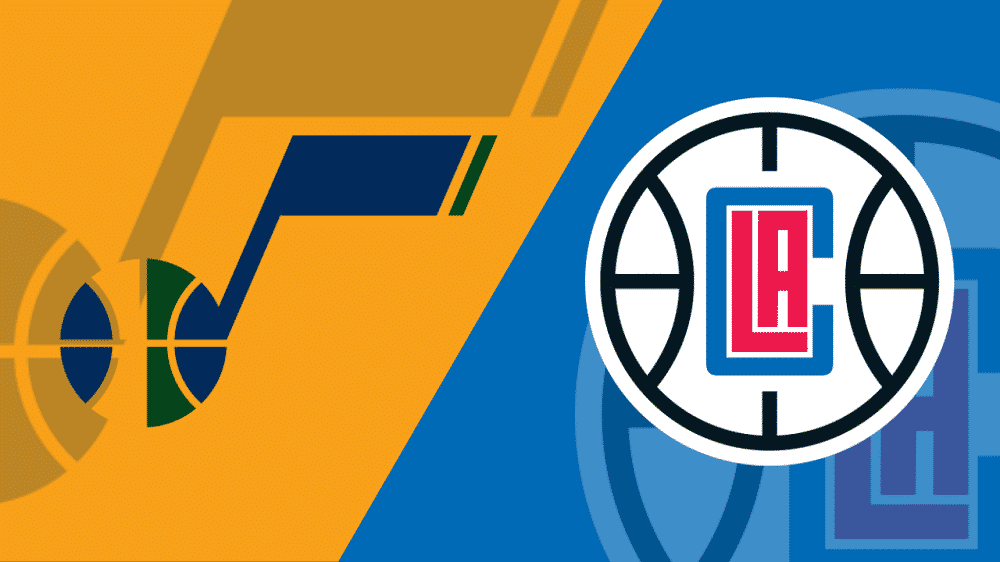 The Utah Jazz and Los Angeles Clippers lock horns in Game 4 of the 2021 NBA Playoffs Western Conference Semifinals, so here’s the best betting pick for their Monday night’s showdown at Staples Center in Los Angeles.

The Jazz struggled mightily in Game 3

The Utah Jazz fell apart last Saturday and suffered a heavy defeat at Staples Center. They hit 19 triples out of 44 attempts (43.2%), but nothing else worked for the Jazz who handed out only 15 assists and committed 16 turnovers.

Utah failed to cope with the Clippers on both sides of the ball after a couple of excellent displays on the home court. The Jazz shot just 42.9% from the field, and they made 55.3% of their field goals in Game 2.

Donovan Mitchell is leading the way for Utah this postseason, averaging 32.3 points and 5.1 assists a night while shooting 47.9% from the field and 43.7% from downtown. The Jazz are tallying 119.0 points per game, yielding 115.9 in a return.

Utah missed Mike Conley (hamstring) in each of its previous three games, and the 33-year-old guard will probably remain sidelined for Game 4. Mitchell tweaked his ankle in Game 4 but will be ready to go Monday.

The Clippers are back in style

The Los Angeles Clippers were in a 2-0 hole on Saturday, needing a strong performance from their best players. Both Kawhi Leonard and Paul George thrived under pressure and dominated the Jazz on both sides of the floor.

Kawhi accounted for 34 points, 12 rebounds, and five assists, while George added 31 points and five dimes while shooting 6-for-10 from beyond the 3-point line. The Clippers turned the ball over just nine times and yielded a paltry 32 points in the paint, so the head coach Tyronn Lue was certainly pleased with his team’s display.

The Clippers got us some easy money in Game 3, and I’m expecting another victory Monday, backing LA to cover a 4-point spread. They played some lovely staff in front of the home fans, showing that you don’t need to slow down Utah’s 3-point shooting to win.

The Jazz will certainly be keen to make amends for Saturday’s heavy loss. We should see a much tighter contest, but if the Clippers continue to do the right things, especially on the defensive end, they’ll tie up this series.

The over is 2-1 in this series and 6-2-1 in the previous nine meetings between the Jazz and Clippers. I will stick with this betting trend, though the Clippers to cover are still my top pick here.

Although the Clippers like to take things slowly, each of their last four outings produced more than 220 points in total. The Jazz, on the other side, lean heavily on their 3-point shooting, so I cannot expect a low-scoring affair.