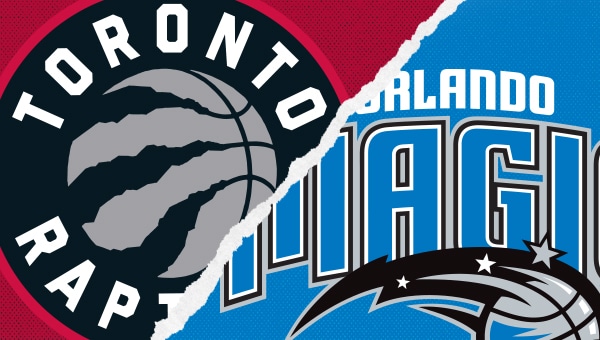 The Toronto Raptors (13-4) will attempt to extend their five-game winning streak against the Orlando Magic (7-10) at Amway Center. The game starts at 7 p.m. ET on Friday, November 29, 2019, and will air on CTV Sportsnet Toronto.

The Over/Under (O/U) for the game has been set at 206.5 points with Toronto opening as a 3-point favorite.

The Raptors come in on a high note after comfortably covering the 9.5-point spread against the New York Knicks in their last contest, 126-98. The game’s total points (224) were over the O/U total of 210. The Raptors forced 18 turnovers and had an effective field goal percentage of 0.601 (above their season average of 0.543). Toronto was led by Pascal Siakam, who was the game’s leading scorer with 31 points on 12-for-22 shooting.

In the Magic’s last outing, they were victorious over the Cleveland Cavaliers, 116-104, easily covering as 1-point favorites. The combined points for the game (220) were over the projected point total of 210. Orlando’s turnover percentage was their largest strength over Cleveland. The Magic had a rate of 9.9 (better than their season average of 11.2), while the Cavaliers posted a mark of 21.6 (above their season average of 12.5). Evan Fournier was the top scorer from either team with 30 points on 10-for-22 shooting from the field.

Orlando might struggle to put up points as they go head-to-head against one of the league’s best defenses. Toronto ranks first in defensive efficiency, while the Magic rank 27th in offensive efficiency. Furthermore, the Raptors, who rank 27th in offensive rebounding percentage (20.6 percent), could have a tough time getting second chance points against the Magic, who rank fifth in defensive rebounding percentage (79.7 percent).

Toronto heads into the game with records of 13-4 straight up (SU) and 11-6 against the spread (ATS). Vegas is known to set the total low when the Raptors are involved, as 58.8 percent of their games have finished over the projected point total.

The Raptors have won both matchups against the Magic this season, including a 113-97 victory the last time these teams met. Toronto covered as a 3-point favorite and the game finished with a total of 210 points, which was just 4 points above the projected point total of 206 points. Toronto had a much better effective field goal percentage (0.569 vs. 0.434). Orlando, on the other hand, had a better free throw rate (0.198 vs. 0.161). Jonathan Isaac had a double-double in the defeat, with 16 points and 13 rebounds.

The Raptors are 13-3 when they reach the century mark, while the Magic are 5-3.

The Magic average 6.4 blocks per game, which ranks fourth in the NBA. The Raptors rank 23rd in blocks allowed per game (5.9).

Orlando averages 45.2 rebounds per game, which ranks 15th in the league. Toronto ranks 28th in rebounds allowed per game (48.2).

The Raptors rank third in points allowed in the paint per game (41.8) while the Magic rank seventh (44.2).

Over its last five games, Toronto is 4-1 ATS with 4 overs and 1 under.

Orlando is 2-3 ATS with 4 overs and 1 under over its last five games.

The Raptors’ average margin of victory in their last five games has been 17.6, up from 8.6 for the season.