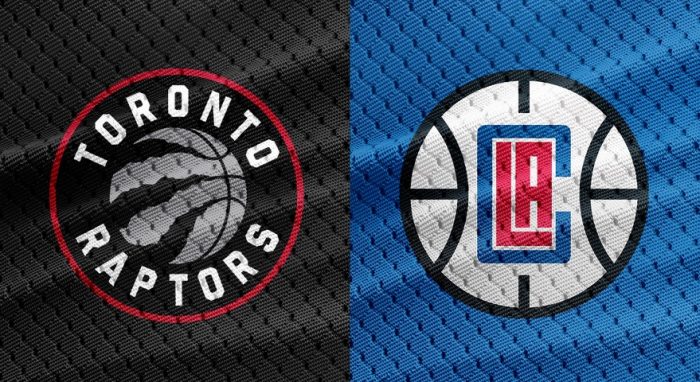 The Raptors come in on a high note after covering the 2-point spread against the Los Angeles Lakers in their last outing, 113-104. The game’s total points (217) came in well under the O/U total of 233. Toronto’s 0.169 free throw rate was their biggest advantage over Los Angeles, who had a mark of 0.128. The Raptors’ mark matched their season average, while the Lakers’ was below their season average of 0.183. Toronto rallied around Pascal Siakam, who was the team’s leading scorer with 24 points on 9-for-25 shooting.

In the Clippers’ last game, they were victorious over the Portland Trail Blazers, 107-101, resulting in a push. The game’s total points (208) came in well under the projected point total of 230.5. Los Angeles was successful at getting to and converting from the free throw line. The Clippers made 25 of their 30 free throws (83.3 percent), while the Trail Blazers were 12-16 (75.0 percent). Kawhi Leonard was the top scorer from either team with 27 points on 9-for-23 shooting from the field.

The Raptors won both contests against the Clippers last season. In the most recent matchup, Toronto won 121-103. Toronto out-rebounded Los Angeles. The Raptors had 16 offensive rebounds and 56 total rebounds, while the Clippers had seven and 36, respectively.

Toronto comes into the game with records of 7-2 straight up (SU) and 5-3 against the spread (ATS). Vegas is extremely precise when setting the total of Raptors games, with an even split between overs and unders.

Meanwhile, Los Angeles owns records of 6-3 SU and 5-3-1 ATS. Vegas tends to set the total high when the Clippers are involved, as 66.7 percent of their games have finished under the total.

The game should be a showdown of strength against strength as the high-powered offense of Los Angeles takes on the top-notch defense of Toronto. Dating back to the 2018-19 season, the Clippers rank third in offensive efficiency, while the Raptors are fifth in defensive efficiency. Moreover, the Raptors, who rank fourth in free throw attempt (FTA) rate (0.207), could get to the line a ton against the Clippers, who rank 23rd in opponents’ FTA rate (0.225).

Each team is strong when holding the opposition to under 100 points, as Toronto is 27-2 and Los Angeles is 10-1.

The Raptors average 5.2 blocks per game, which ranks 13th in the NBA. The Clippers rank 23rd in blocks allowed per game (6.1).

Toronto averages 24.8 assists per game, which ranks eighth in the NBA. Los Angeles ranks 17th in assists allowed per game (24.3).