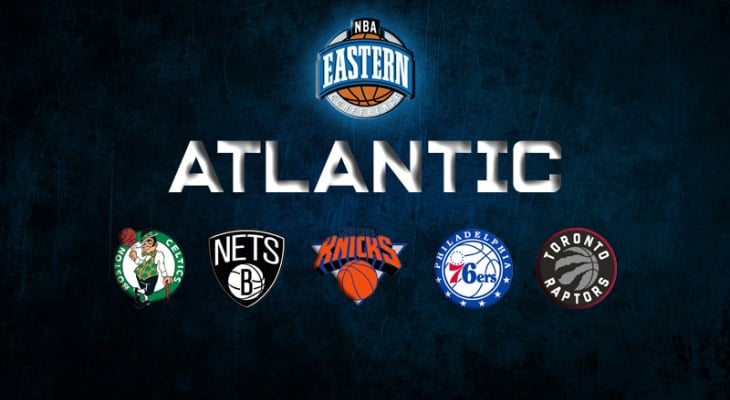 The only Eastern Conference division race that is still up in the air is the Atlantic Division where three teams are within six games of the lead. The Toronto Raptors (40-15 overall), Boston Celtics (38-16) and the Philadelphia 76ers (34-21) are all still fighting for the Atlantic division title and a top three seed in the Eastern Conference playoffs.

This division race is going to fun until the end of the season as all three of these teams can win this race with a strong finish. The race probably won’t come down to how Toronto, Boston and Philadelphia play against each other, but rather how to fare against the weaker teams they play. Toronto has a 1.5 game lead over Boston and a six game lead over Philadelphia as we head into the All-Star Break.

The Raptors are the most balanced team in this division, as they are 21-7 at home and 19-8 on the road, followed closely by the Boston Celtics who are 23-5 at home and 15-11 on the road. Following drastically behind these two teams is Philadelphia who is a NBA best 25-2 at home, but just 9-19 on the road this season. Boston has the best points per game difference, at +6.9, followed closely behind by Toronto at +6.3 and Philadelphia at +2.4.

Toronto has the 11th most difficult schedule remaining as their final 27 games has a winning percentage of .514. They still have to face the Bucks three times, the Lakers, Celtics and Nuggets, but do get Golden State and the Knicks twice.

The 76ers could be in a good spot for a nice end of season run as only the New Orleans Pelicans have a weaker remaining strength of schedule. The combined strength of schedule of their 27 remaining games is just .455. The Sixers toughest games remaining are two games against Milwaukee and games against the Lakers, Clippers, Toronto and the Rockets. Philadelphia’s weakest games remaining are Golden State, Atlanta twice, Cleveland, Minnesota and the Knicks.

I think this divisional race is going to fascinating and I like the Boston Celtics at +120 to win the Atlantic Division.