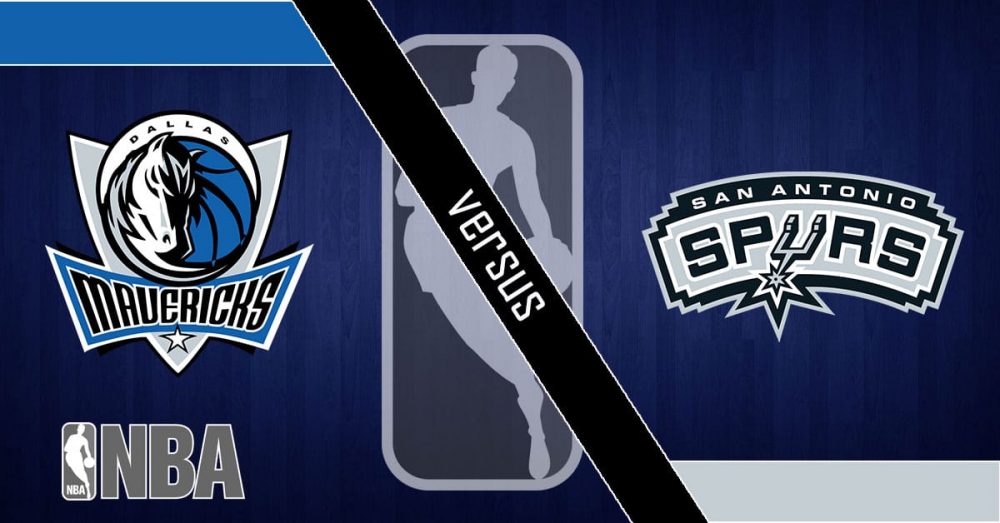 The San Antonio Spurs and Dallas Mavericks will wrap up their three-game regular-season series on Sunday night, so here’s the best betting pick along with the latest odds for their Southwest Division showdown at American Airlines Center in Dallas.

The Mavs have a chance to sweep the Spurs for the first time ever. They opened as 6.5-point home favorites with a total of 222.5 points on BetRivers Sportsbook, while the Spurs are listed as +220 moneyline underdogs.

The Spurs desperately need to break out of their slump

The San Antonio Spurs (24-26; 26-24 ATS) have been playing in terrible form over the last few weeks. They are riding a five-game losing streak at the moment, and Gregg Popovich’s boys have won only two of their previous 12 games overall.

The Spurs are coming off a two-game set at the Denver Nuggets. After a 106-96 defeat last Wednesday, the Spurs lost 121-119 as 6.5-point favorites on Friday to record their first ATS win over the previous five outings.

San Antonio is the No. 9 seed in the Western Conference, a couple of games behind the eighth-seeded Memphis Grizzlies, and huge 5.5 games behind the No. 7 seed. The Spurs have to improve a lot on both sides of the ball if they want to stay alive in the playoff chase.

The Mavs won six of their last seven games

The Dallas Mavericks (29-22; 26-25 ATS) hold the seventh seed in the West, and the sixth-seeded Trail Blazers are only one game ahead. After a disappointing 102-93 defeat at Houston this past Wednesday, the Mavs responded with a 116-101 home victory over Milwaukee on the second day of a back-to-back set.

Last time out, the Mavs beat the Giannis-less Bucks thanks to some terrific D down the stretch. They surrendered only 45 second-half points including 17 in the final period. Luka Doncic flirted with a triple-double, finishing with 27 points, nine boards, and nine assists, while Kristaps Porzingis added 26 points and 17 rebounds.

The Spurs are already in a tough situation, so they’ll be keen to get things going against an old foe. We should see an interesting clash, and I wouldn’t be surprised if the Spurs manage to keep it close. Still, the Mavs have been playing in a good form, so I would buy a few points and take the hosts at -160 odds.

Dallas certainly possesses more talent than San Antonio. Both Doncic and Porzingis are ready to go, and only Maxi Kleber is listed as questionable to play against the Spurs who can count on all their key players.

The Mavericks’ last six games went in the under, as well as their previous nine contests at American Airlines Center. Also, the under is 7-2 in the last nine encounters between Dallas and San Antonio. On the other hand, the over has hit in six of the Spurs’ last eight outings at any location.

I’m going with the under in this one, expecting the Mavs to continue with their strong defensive performance. Dallas limited its opponents below 104 points in the last five games, and just one of the Mavericks’ previous nine contests produced more than 222 points in total.