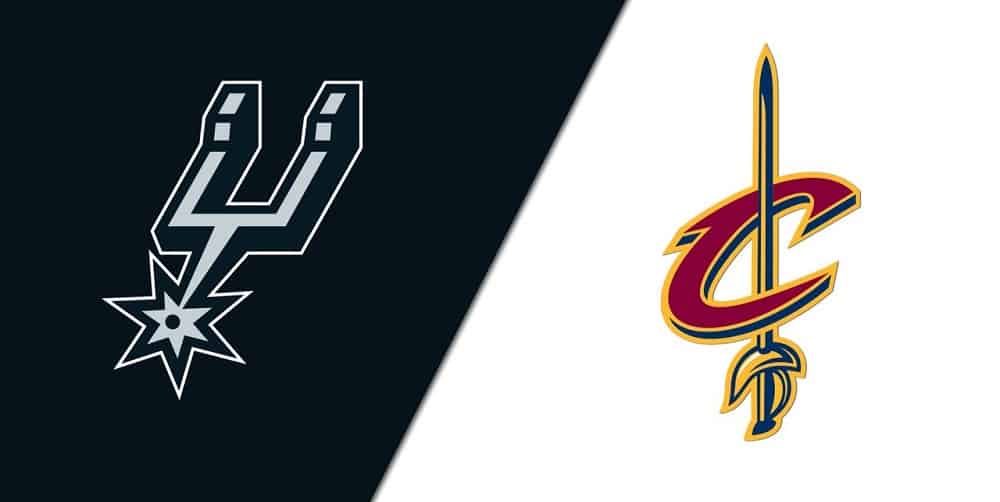 The San Antonio Spurs start their eight-game road trip Wednesday, February 9, 2022, with a tough clash at Rocket Mortgage FieldHouse in Cleveland, Ohio. The Cavaliers have been playing beyond expectations all season, and J.B. Bickerstaff’s boys will look to sweep their two-game non-conference series against the Spurs. Back in January, Cleveland outlasted San Antonio 114-109 as a 3-point road fave, so let’s see what’s the best Spurs vs Cavs betting pick this time around.

New bettors at BetMGM Sportsbook can wager on Spurs vs Cavs with a risk-free bet worth up to $1,000. They can place bets on any of the main markets and keep their profits if their first bet with BetMGM is a winner. In case of a lost bet, BetMGM will recoup the funds.

This game will be played at Rocket Mortgage FieldHouse at 7:00 PM ET on Wednesday, February 9, 2022.

Why Bet The Cavaliers:

✅ The Cavs lean on a stout defense that ranks third in the NBA in both points allowed per 100 possessions (106.1) and field goal percentage (44.0%). Furthermore, the Cavaliers hold their rivals to only 33.6% shooting from deep (tied-4th in the league). On the other side, the Spurs allow 111.2 points per 100 possessions (18th), and they prefer to play at a much faster pace than the Cavs do.

✅ While San Antonio averages 99.7 possessions per 48 minutes (5th in the NBA), Cleveland registers only 96.3 (25th). The Cavs love to play aggressive defense, while their offense is doing a nice job despite making 15.4 turnovers per 100 possessions (27th). Cleveland should torture San Antonio in the paint, so keep your eyes on both Jarrett Allen (16.2 PPG, 11.1 RPG) and rookie Evan Mobley (14.9 PPG, 8.1 RPG). The Spurs surrender the third-most points in the paint per game (50.4).

✅ The Cavaliers might miss Darius Garland (19.8 PPG, 8.2 APG), who’s been driving their offense all season. Garland’s eventual absence due to a back injury would be a big blow for the Cavs, but Caris LeVert’s debut could sparkle their offense. LeVert, who joined Cleveland from Indiana a couple of days ago, loves to bring his teammates into the game. He should be a massive reinforcement for this Cavaliers team that already scores 110.6 points per 100 possessions (16th).

The Spurs put an end to their three-game losing streak last Friday. They dismantled the Houston Rockets 131-106 as 7.5-point home favorites, playing on the second night of a back-to-back set. The Spurs finally played some good stuff on the defensive side of things, limiting the Rockets to 43.4% shooting from the field, while all their starters scored in double figures.

San Antonio is slowly but surely losing pace in the playoff race. The Spurs are sitting at the 12th spot of the Western Conference standings, trailing the No. 9 seed by five games. They’ve gone only 3-6 SU and 4-5 ATS over their previous nine games.

The Cavaliers have gone 3-1 SU and 2-2 ATS over their last four showings, playing without Darius Garland. Last time out, they outlasted the short-handed Indiana Pacers 98-85 on the back of Cedi Osman’s 22-point performance.

Last Thursday, the Cavs narrowly defeated Charlotte 102-101 on the road. Jarrett Allen went off for 29 points and 22 rebounds, while Kevin Love added 25 points off the bench. Love has averaged 16.6 points and 8.6 rebounds per game over his last ten appearances.