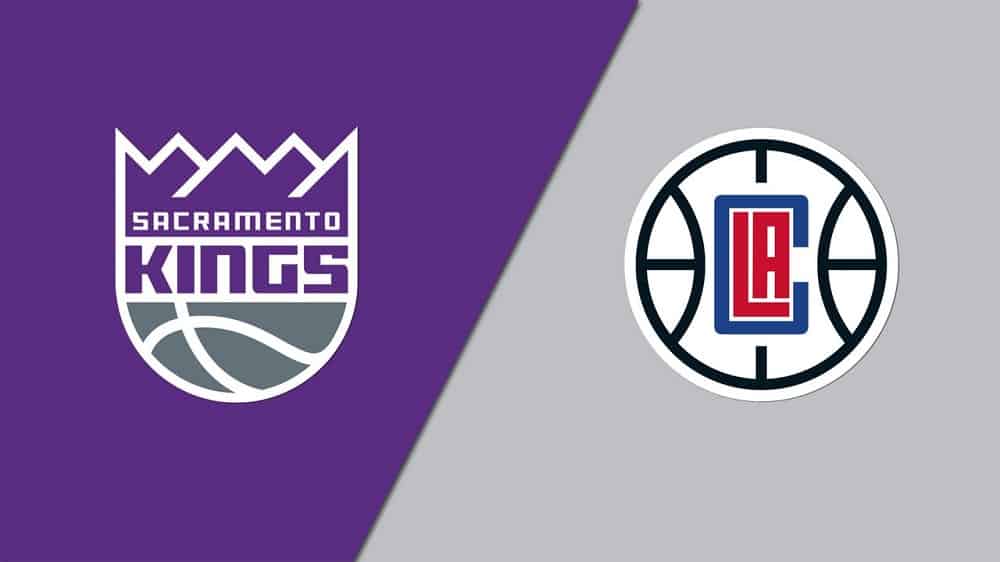 The second meeting of the season between the Sacramento Kings and Los Angeles Clippers is set for Wednesday night at Staples Center in LA, so I bring you the best betting pick and tips for this Pacific Division showdown along with the latest odds and team news.

Last season, Sacramento upset LA twice, so the Clippers took it personally and embarrassed the Kings this past Friday, 138-100, as 7-point road favorites. Los Angeles is a double-digit fave for Wednesday’s clash, according to DraftKings Sportsbook, so let’s take a closer look.

After that 38-point defeat to the Clippers, the Sacramento Kings (5-9; 5-9 ATS) wrapped up a seven-game homestand with a 128-123 loss to the New Orleans Pelicans on Sunday night. They failed to cover as 2.5-point home dogs, and the Kings went only 1-5 SU and ATS through their last six outings.

Sacramento put on another horrible defensive performance last Sunday, allowing the Pels to make 52.9% of their field goals and 50.0% of their 3-pointers. Over their last six showings, the Kings were yielding a whopping 131.5 points per game. They are the worst defensive team in the NBA in all three key categories – points allowed per 100 possessions (121.8), opponent field goal percentage (50.3%), and opponent 3-point percentage (40.2%).

The Clippers eye their fifth win on the spin

The Los Angeles Clippers (10-4; 8-6 ATS) are on a four-game winning streak following a 129-96 dismantling off the Indiana Pacers this past Sunday. They pulled off midway the third quarter and never looked back, finishing with 55.2% shooting from the field and 48.7% from beyond the arc.

Paul George led the way with 20 points and seven rebounds, while Kawhi Leonard added 17 points and five assists. This duo combines for 49.1 points per game this season, and only two more Clippers players average points in double figures (Marcus Morris and Serge Ibaka).

The Kings desperately need to start playing slightly better defense and should be fired up following a horrible loss in their previous matchup with the Clippers. However, I cannot back them to cover, considering the Kings’ current form and defensive flaws.

The Clippers have some defensive issues, too, but they’ve been playing at a high level over the last two weeks. Both Kawhi and PG-13 are ready to go, and the Clippers could only miss Lou Williams due to a hip injury. The Kings listed Hassan Whiteside as questionable to play for the same reason.

The over is 7-1 in the Kings’ last eight games overall, and it is 6-2 in the Clippers’ previous eight outings. Furthermore, seven of their last 11 head-to-head duels went in the over along with one push, so I’m sticking with the betting trends.

The Kings’ defense has been a disaster thus far, so I’m going to ignore the fact that the Clippers prefer to play at a slow pace, averaging 97.0 possessions per 48 minutes (27th in the league).