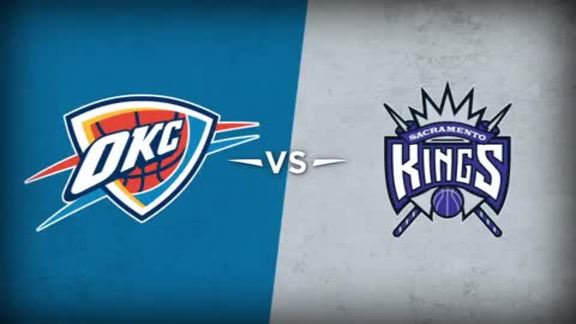 The game’s Over/Under (O/U) has been set at 223 points with Oklahoma City opening as a 6-point favorite on the BetMGM Sports Betting App.

In the Kings’ last contest, they comfortably covered the 8.5-point spread against the Golden State Warriors, 112-94. The game’s total points (206) finished well under the projected point total of 223.5. Sacramento’s turnover percentage was their largest advantage over Golden State. The Kings had a rate of 9.9 (better than their season average of 12.5), while the Warriors posted a mark of 15.2. De’Aaron Fox had a solid performance for Sacramento, finishing with 21 points and five assists.

The Thunder edged the Chicago Bulls in their last contest, 124-122, but were not able to cover as 11-point favorites. The total points for the game (246) finished well over the O/U total of 217.5. One of Oklahoma City’s largest advantages was getting to the free throw line. They had 35 free throw attempts, while Chicago had just nine. With 21 points and 11 rebounds, Shai Gilgeous-Alexander played well for Oklahoma City.

Sacramento comes into the game with records of 24-33 straight up (SU) and 29-28 against the spread (ATS). Games including the Kings have a slight tendency to finish over the O/U total (52.6 percent).

The two teams have split their two matchups this season. The Thunder won the most recent matchup 120-100, covering as 2.5-point favorites. The game finished with a total of 220 points, which was just 0.5 points above the projected point total of 219.5 points. The Thunder knocked down 17 of their 20 free throws (85.0 percent) and had a better effective field goal percentage (0.585 vs. 0.511). In the victory, Dennis Schroder led all scorers with 24 points.

In its last five outings, Sacramento is 3-2 ATS with 3 overs and 2 unders.

Oklahoma City is 3-2 ATS with 4 overs and 1 under over its last five games.

The Kings have scored an equal number of points as their opponents. For the season, Sacramento has been defeated by an average of 2.2 points.