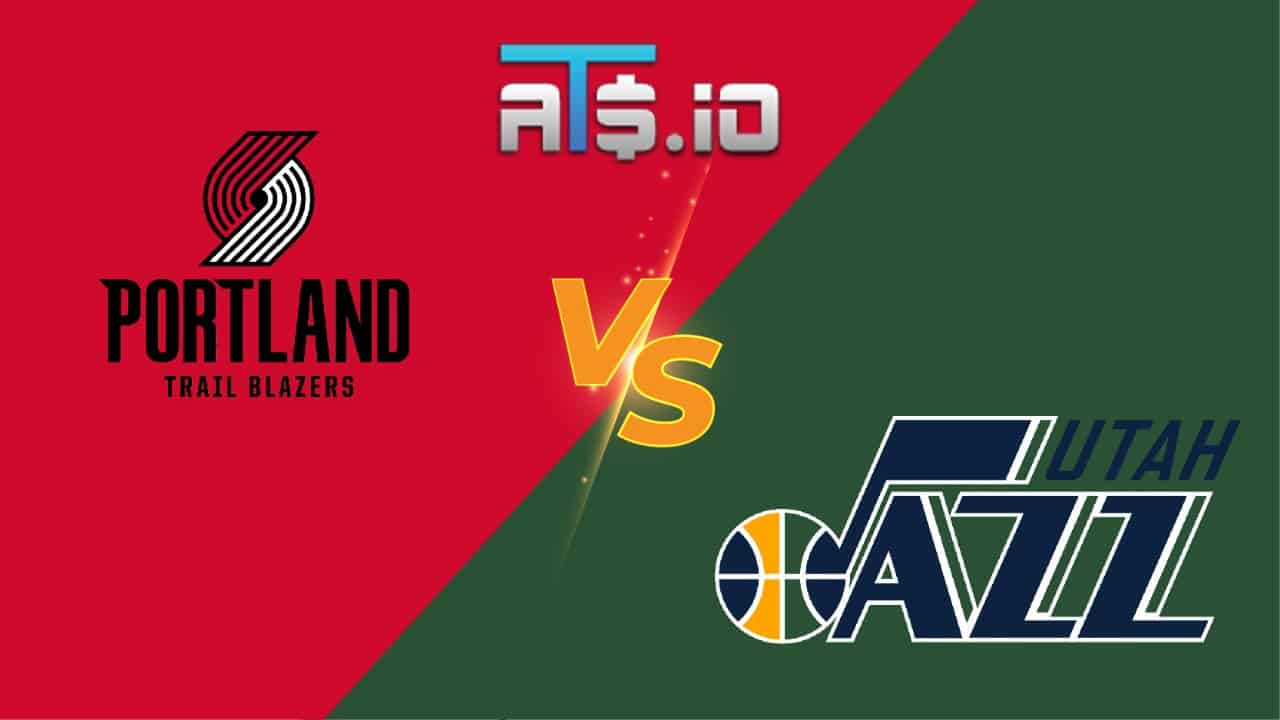 The Portland Trail Blazers and Utah Jazz are both in the top-six in the Western Conference at the beginning of this week. And they will put themselves to the test to start the week against one another, as they face off in Salt Lake City. In our NBA picks for Monday, we look at Trail Blazers vs Jazz and determine what the best bet is for this matchup between teams thought to be capable of contending in the West.

New bettors at DraftKings Sportsbook can wager $1 on either team to win this Trail Blazers vs Jazz matchup, with a $100 payout if a point is scored in the game.

New players at DraftKings Sportsbook can take advantage of the new player promo at the site when betting on Trail Blazers vs Jazz. There, they can bet $1 on either team to come away with the win in this contest. Should either team score a point in the game, which is a guarantee in the NBA, they will win $100 in free bets from DraftKings, thanks to this offer that cannot lose.

✅ So far this season, the Portland Trail Blazers have been abysmal on the road. They are 1-9 away from home this season, and have lost the first two games of their current road trip. One of those losses came to a Sacramento Kings team that was playing in one of its first games without head coach Luke Walton, who was fired just days earlier.

✅ The Trail Blazers just don’t have the defense to consistently stay within striking distance of the Utah Jazz. Portland has the fifth worst points per game average on defense in the Western Conference. Against a team like Utah that can score from anywhere on the floor with the diverse skill set of their lineup, the Jazz should be able to put up a big number here.

The Portland Trail Blazers come into this game against the Utah Jazz with a 10-10 record, thanks entirely to their ability to win games at home. Portland is 9-1 at home this year, and 1-9 on the road, which is a concern given that they are on the road for this contest. Having lost two straight road games prior to this matchup with the Jazz, Portland will really need to step up on the defensive end of the floor to avoid another road defeat.

In their consecutive road losses to the Kings and Warriors, Portland has allowed 121.5 points per game. Here, they face a Jazz team averaging the fourth most points per game in the NBA, featuring a legitimate star in Donovan Mitchell and several threats from the perimeter. If Portland doesn’t figure out how to defend all of those weapons, it could be a long night for them.

The Utah Jazz are in third place in the Western Conference, which is a downgrade from where they were last year. But when you consider how well the Golden State Warriors and Phoenix Suns have been playing, the current position of the Jazz is certainly respectable in the West. Now, Utah enters this home game against the Trail Blazers after splitting back to back home games against the lowly New Orleans Pelicans.

For Utah, the question in this game will simply be how well they can shoot the basketball from long range. The defense of the Trail Blazers isn’t exactly one that strikes fear into the hearts of opponents. But a poor shooting night could ruin the chances of the Jazz on any night, even in a game that they are favored in like this one.