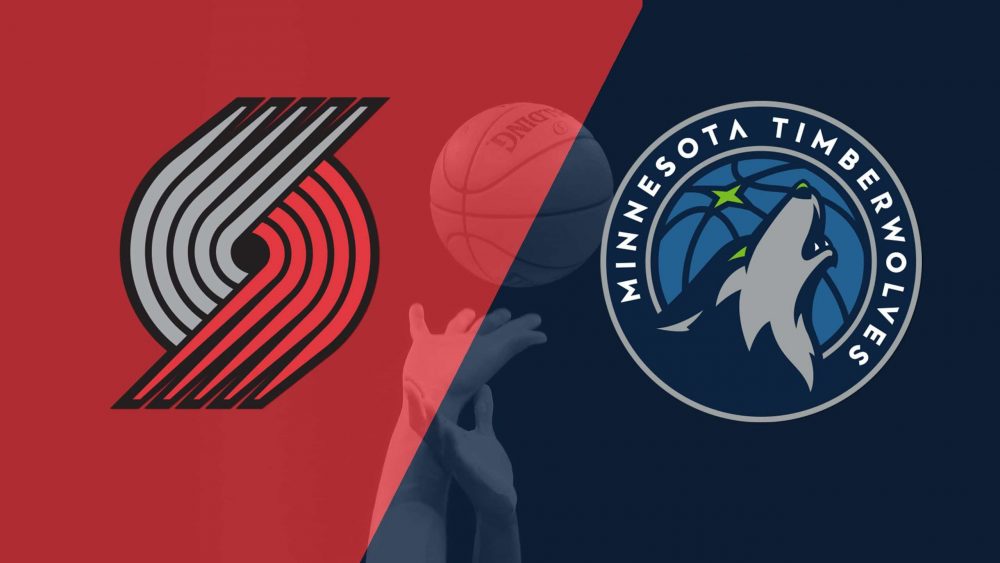 It will be a battle between Northwest Division opponents when the Minnesota Timberwolves (14-22) welcome the Portland Trail Blazers (16-22) to the Target Center. The game starts at 8 p.m. ET on Thursday, January 9, 2020, and will air on Fox Sports – North.

In the Trail Blazers’ last contest, they edged the Toronto Raptors, 101-99, as 2.5-point underdogs. The combined points for the game (200) were well under the projected point total of 221. Portland’s 9.6 turnover percentage was their biggest strength over Toronto, who had a mark of 11.1. The Trail Blazers’ mark was better than their season average of 11.4. Hassan Whiteside played a pivotal role for Portland with 14 points, 16 rebounds and seven blocks.

The Timberwolves were beaten by the Memphis Grizzlies in their last contest, 119-112. They were not able to cover as 4.5-point underdogs. The game’s total points (231) were just over the O/U total of 228. One of Memphis’ biggest strengths was their ability to convert at the free throw line. They were 19-21 (90.5 percent), while the Timberwolves were 17-21 (81.0 percent). Jarrett Culver had a solid performance for Minnesota, leading the team in scoring with 24 points on 8-for-11 shooting.

This is the second game of the season between these two teams. In the first, Whiteside recorded 16 points, 22 rebounds and seven blocks and the Trail Blazers beat the Timberwolves 113-106, resulting in a push. The game finished with a total of 219 points, which was 9 points below the projected point total of 228 points. The Trail Blazers had a much better offensive rebounding percentage (27.3 vs. 17.5) and had a better turnover percentage (11.8 vs. 14.5).

Portland heads into the contest with records of 16-22 straight up (SU) and 15-21-2 against the spread (ATS). Games including the Trail Blazers have no tendency in regards to the total, as there has been an even split between games finishing over and under.

Meanwhile, Minnesota owns records of 14-22 SU and 15-19-2 ATS. In opposition of Portland, a little over half of Timberwolves games have finished over the total.

Both teams have had a player take their game to the next level over their last five games. Whiteside (19 points,17.8 rebounds,3.4 blocks) has been fantastic for the Trail Blazers while Robert Covington (14 points,7.8 rebounds,2.8 steals,1.2 blocks) has contributed greatly to the Timberwolves.

Portland blocks 6.6 opponent shots per game, which is ranked second in the NBA. Minnesota ranks 21st in blocks allowed per game (5.5).

The Trail Blazers rank third in points off turnovers allowed per game (14.4) while the Timberwolves rank 21st (17.6).

Over its last five outings, Portland is 2-3 ATS with 3 unders and 2 overs.

Minnesota is 4-1 ATS with 3 overs and 2 unders over its last five games.

The Trail Blazers’ average margin of defeat in their last five games has been 4.0, up from 1.6 for the season.