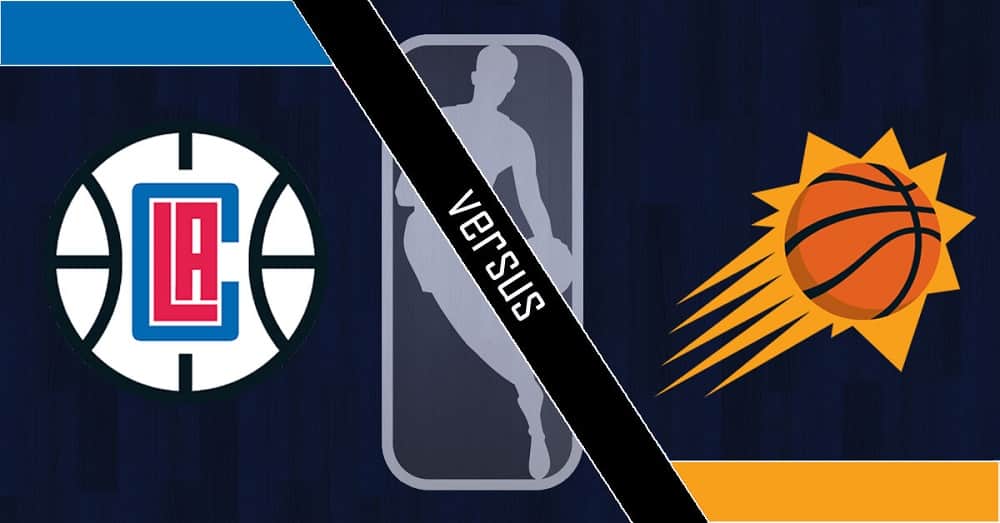 The 2021 NBA Playoffs continue Wednesday, June 30, as the Los Angeles Clippers welcome the Phoenix Suns for Game 6 of the Western Conference Finals. The Suns have already missed a chance to clinch their spot in the 2021 NBA Finals, so we’re expecting a tremendous game on the last day of June, as Paul George and the Clippers are looking to force Game 7 in Arizona.

LA opened as a 1-point home dog with the moneyline odds set even on DraftKings Sportsbook. The Clippers are 3-2 ATS in this series, while the under is 3-2. The totals are set at 215.0 points for Game 6 at Staples Center in Los Angeles.

After barely outlasting the Clippers as 1-point road dogs in Game 4, 84-80, the Phoenix Suns haven’t been aggressive enough to wrap up the series in Game 5 at home, suffering a 116-102 defeat as 6.5-point favorites.

The Suns have surrendered 58 points in the paint and 19 fast-break points, so their head coach Monty Williams must be disappointed with the defensive effort. On the other side of the floor, Phoenix has scored just 32 points in the paint while committing 14 turnovers and shooting 45.2% from the field.

The Suns’ frontcourt needs to do a much better job in Game 6. Jae Crowder and Mikal Bridges combined for just nine points last Monday, while Deandre Ayton took just nine shots and finished with a double-double of 10 points and 11 assists.

Phoenix also needs a better defensive performance. The Suns are yielding only 101.8 points per game this postseason, holding their rivals to 43.0% shooting from the field and 32.8% from beyond the arc.

The Clippers are alive mostly thanks to Paul George

The Los Angeles Clippers overcame a 2-0 deficit in each of their previous two playoff series and will try to do it once more in the conference finals. Paul George dropped 41 points on the Suns this past Monday to help his team earn a huge win on the road with their backs against the wall, and PG-13 was truly unstoppable, going 15-for-20 from the field and 8-for-8 from the charity stripe.

Without Kawhi Leonard, who’s probably done for the season, George will need a lot of help from his teammates. Ivica Zubac sat out Game 5 due to a knee injury, but DeMarcus Cousins scored 15 points in just 11 minutes on the floor, while Marcus Morris and Reggie Jackson combined for 45 points on an excellent 17-for-30 shooting from the field and 6-for-12 from downtown.

The Clippers refuse to go away, so I’m backing them to force Game 7. Tyronn Lue’s boys continue to battle through their injury problems, showing great character, and the Clippers have already been in this kind of situation twice this postseason.

Anyway, it’s a tough wager, considering a massive stake, but the odds and lines tell you enough how tight Game 6 between the Suns and Clippers should be.

I was backing the under in each of the first five games, and I think that’s the way to go in Game 6 even though the Suns and Clippers combined for 218 points last Monday. Three of the previous four contests went way in the under, producing no more than 207 points in total.

Both teams play at a slow pace and lean on a stout defense. The Suns have to improve after yielding 116 points in Game 5, so give me the under on the totals.